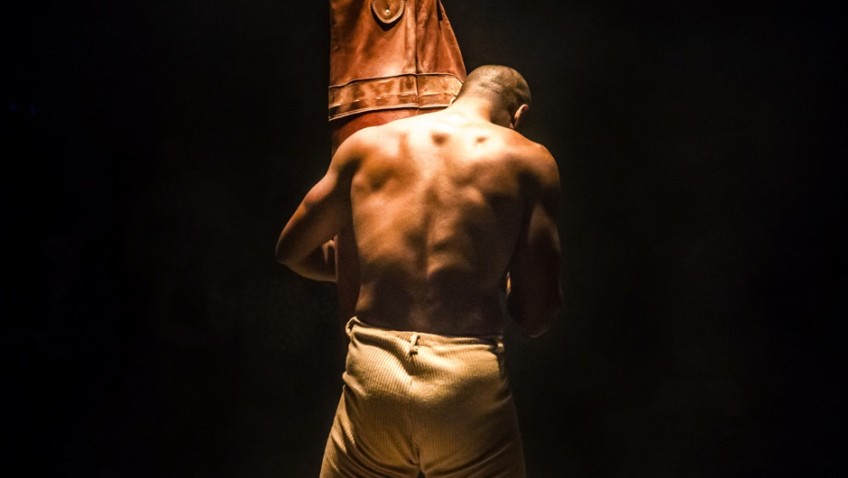 Jack Johnson vs James J Jeffries: “The Fight of the Century” in 1910

Marco Ramirez is not the first playwright to be inspired by Jack Jackson (1878-1941), the African American Heavy Weight Champion of the World. Howard Sackler’s 1967 play, The Great White Hope, starring James Earl Jones, showed what happened to Jackson after he had won the championship: a shameful and much more dramatic story.

Ramirez’s The Royale is a fictional 90-minute lead-up to “The Fight of the Century” in Reno, Nevada, in 1910. Segregation was rife.  No White Champion until then had ever fought a Black Champion. 7,000 tickets were sold. It was broadcast to 39 States. The White Champ wanted 90% of the takings whether he won or lost.

For Jackson it was not an issue of race or of money. He did not want to be the Black Champion. He wanted to be Champion, period; and if he beat the White Champ it would be official.

The question was should he? His sister warns him that the White Americans will never recognize the fight and that whether he wins or loses, the Blacks will lose out and there will be riots and killings.

The action is set inside a boxing ring with the audience on four sides. The bouts are expressionistic. The actors do not actually hit each other. It is all highly stylized, in Madani Younis’s production, with the cast providing the sound effects and very effective, too.

There are excellent punchy performances by Nicholas Pinnock, totally convincing as the muscular, swaggering Black Champ, and by Ewan Stewart as his dedicated White Promoter.