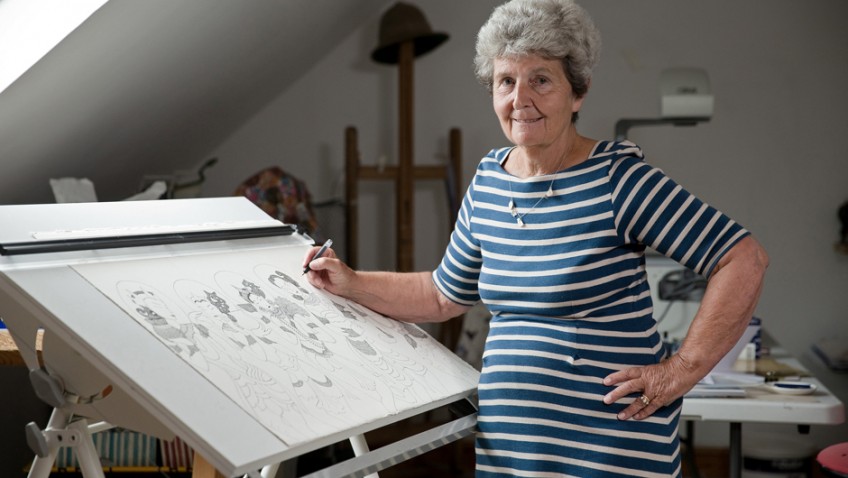 A gran is having her art displayed alongside stars including Tracey Emin at an exhibition next month – despite only starting to draw at 60.

Talented Irene Lees, 72, only discovered her passion when she retired and decided to study art at university as a very senior student.

Since then, she has rocketed to success – scooping awards and selling her work to collectors.

The lines within her pencil pictures are created by painstakingly building up reams of tiny writing which themselves tell a story within the picture.

They are all part of the Icon exhibition at a gallery in Chichester, West Sussex between 10 September and 22 October.

Irene, of The Lizard, Cornwall, said: “When I was 60, I went to university to do drawing and applied art.

“I wasn’t an artist as such, and I went paint – but discovered I could draw.

“I was the oldest student in my class and in the university. The youngsters were brilliant though.

“I showed them things I knew and they showed me things they knew how to do.”