Home / LIFESTYLE / Having a hoot! 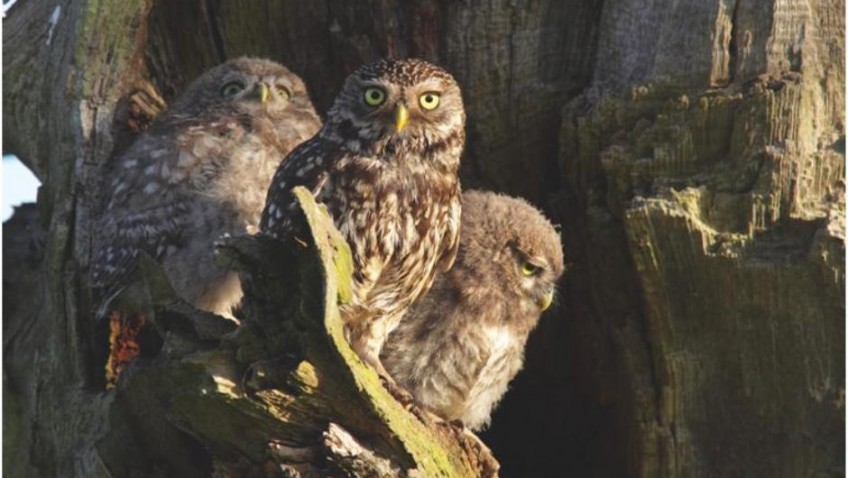 These cute chicks snapped frolicking on a farm are proving sibling love is owl you really need.

The young owls were captured enjoying the sunshine on a farm in Leeds, West Yorks., by nature photographer Paul Miguel over a period of two weeks from when they hatched. 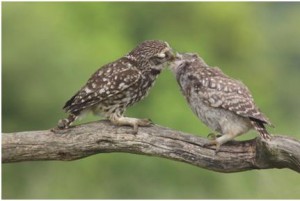 One of the photographs appears to show two of the chicks sharing a kiss as they perch on a branch.

Photographer Paul, 35, said: “After finding the nest in early May I gradually moved closer to the nest over a period of two weeks to get the birds used to it.

“I watched from their first stages as blind chicks to the successful fledging of all three birds.

“I captured a range of behaviours of both adults and youngsters – even at an early age these cute chicks still managed to copy the steely stare of their parents.”

“Parent birds would often perch close to the hide – usually most active early morning and evening.

“Sometimes I would enter the hide at 5.00am for the best light – at this time, adult owls would sometimes have mud on their feathers – no doubt from foraging on wet ground for earthworms.

“Little owls spend a lot of time preening, so it wasn’t long before they looked brand new again.”

Paul said: “As the chicks began to peer out of their nest cavity I would watch them yawn, stretch and flap their wings before exploring their surroundings.

“After visiting the hide for about three weeks, all three chicks fledged the nest and began to use the same perches as the parents as they waited to be fed with worms, beetles and voles.”

The chicks will continue to be fed for a few weeks before moving on to find their own territories in autumn.