Home / LIFESTYLE / REVIEWS > / THEATRE REVIEWS / “I haven’t done anything. I’m innocent. Tell me why I am under arrest.” 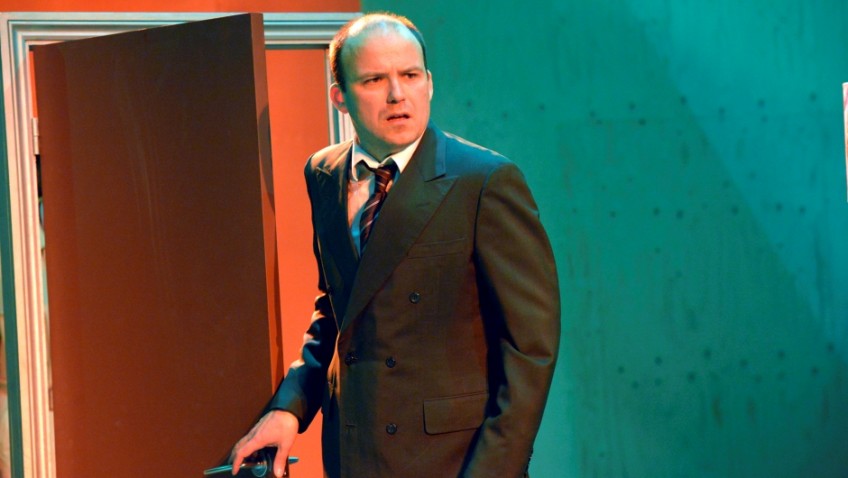 “I haven’t done anything. I’m innocent. Tell me why I am under arrest.”

Franz Kafka wrote The Trial between 1914 and 1915. It was published posthumously in 1925 and against his express wishes. He had died two years earlier of tuberculosis, aged 40 and had asked for all his unpublished work to be burned.

The novel, which has been filmed and staged many times, and most notably by Orson Welles and Steven Berkoff, describes the nightmare of being arrested for no reason whatsoever.

Kafka clearly identified with his hero’s social, sexual and spiritual confusion, his anguish and his frustration

Joseph K, a 30 year-old bank official, is just guilty.  “I haven’t done anything!’ he cries.  “I’m innocent.” It makes no difference and he is told that the Court doesn’t allow lawyers for his Defence. .

Joseph K is also informed that “to ensure a fair trial, the reason for the arrest is kept sealed until after the verdict.”  He is asked to imagine what the Higher Court would think of him if they knew why he had been arrested?”

The reality is innocent men are found guilty all the time and Joseph K goes to his death never finding out what his crime is.

The story is a satire on the totalitarian state, bureaucracy and the inaccessibility of the Law. Kafka had worked as a barrister for a year without pay in 1906.

The novel could also be seen as a statement of the Jew as victim. Had Kafka lived he would almost certainly have suffered the same fate as his sisters, who were killed when the Nazis came to power.

The Young Vic’s auditorium has been transformed into a courtroom for Richard Jones’s production of Nick Gill’s adaptation. The wooden seating is banked high and the audience is boxed in. The designer is Miriam Buether.

The stage is a travelator, a conveyor belt to bring on the actors and the furniture, which includes big orange dustbins brim full of documents and unread petitions.

Rory Kinnear is Joseph K and is on stage all the time for two hours without interval and often talking a mixture of gobbledegook and babytalk which is often incomprehensible and makes the production heavy-going.

The performance is, nevertheless, a tour de force. The script must have been murder to learn. His most Kafkaesque scene is the one when Joseph K is in an information office faced with endless forms to fill in.