Home / HEALTH / What happy chaps we are! 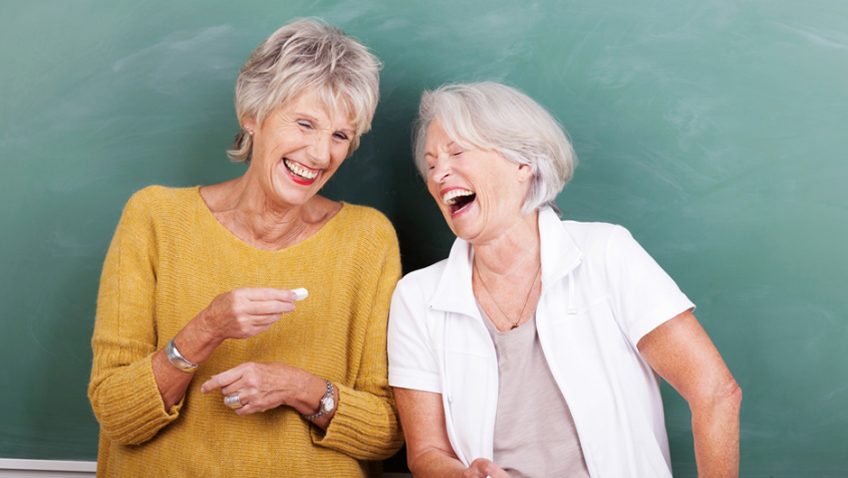 What happy chaps we are!

According to the Office for National Statistics research the 65 to 79 age group is the happiest in the UK. The survey of more than 300,000 adults across the UK found life satisfaction, happiness and feeling life was worthwhile all peaked in that age bracket, but declined in the over-80s

A recent survey by Sunny Life Control index shows that

Happiness is the universal feeling we all aspire to experience more of, yet, we can be an angry, moody, depressed bunch, can’t we? The science of happiness tells us that being happy is, indeed, a choice. But if you’re still struggling to make lemonade when life hands you lemons, maybe you just need a little swift-kick-in-the-pants motivation.

A new study may have found the formula for happiness. Published in Proceedings of the National Academy of Sciences, it looks like the picture opposite.

This does not mean anything to me either, but apparently, in plain English, it boils down to lowered expectations.

Researchers at University College London recently investigated the link between happiness and reward in over 18,000 people with a smartphone app “The Great Brain Experiment.” The app was modeled on a smaller study where 26 subjects completed decision-making tasks that led to monetary gains or losses, reporting on their happiness throughout the game. Subjects’ neural activity was also monitored. On the smartphone app, the ideal was similar, though subjects were playing for points, not money.

There is a lot of data on the subject collected by, for instance, America’s General Social Survey, Eurobarometer and Gallup. Sometimes known as the ageing paradox: The older we get, the happier we are. It seems there are upsides to getting older.

While your physical health is likely to decline as you age, cognitive abilities like learning new skills and remembering things is likely to suffer too.

As Maurice Chevalier once said: “Old age isn’t so bad when you consider the alternative.” Stiffening joints, weakening muscles, fading eyesight and the clouding of memory, coupled with the modern world’s careless contempt for the old, seem a fearful prospect; better than death, perhaps, but not much. Yet we should not dread ageing. Life is not a long slow decline from birth but more like a U-bend.

When people start out on adult life, they are, on average, cheerful. Things go downhill from youth to middle age until they reach a nadir commonly known as the mid-life crisis. Then something surprising happens after that. Although as people move towards old age they lose things such as vitality, mental sharpness and looks, they also gain what people spend their lives pursuing: happiness.

People, studies show, behave differently at different ages. Older people have fewer rows and come up with better solutions to conflict. They are better at controlling their emotions, better at accepting misfortune and less prone to anger. In one study, for instance, subjects were asked to listen to recordings of people supposedly saying disparaging things about them. Older and younger people were similarly saddened, but older people less angry and less inclined to pass judgment, taking the view, as one put it, that “you can’t please all the people all the time.”

Does increasing control increase your happiness?

By looking at happiness and control across various areas of your life, it is clear the more in control you feel, the happier you are.

The nation’s grandparents appear to feel most in control of all aspects of their lives, with almost three quarters of those aged 65 – 74 saying they’re happy with their lot. By contrast, today’s millennials – often assumed to be entitled and precious as a generation – offer a different story. The Index shows that a similar percentage of 18 – 24-year-olds say that generally feeling ‘in control’ is important to being happy, and appear to crave the levels of control enjoyed by their elders. More than half of young people say they hate the fact they often feel ‘out of control’. In the current context of political uncertainty, it’s unsurprising that so many of them say they regularly worry about the future and that they frequently feel stressed.

People who spend quality time with their families at least once a week are likely to be optimistic about the future, and have greater-than-average confidence in the current political situation in the UK. Most people who have control over their family life rate their overall happiness at 10/10 and just 30% of them regularly worry about the future.

We all enjoy wallowing in nostalgia and sharing fond reminiscences makes us feel better. Maybe because we are older and have more good memories to draw on we can be more positive and thus happier.

The positivity bias is the tendency for people to remember pleasant items more accurately than unpleasant ones. Research indicates that at the subconscious level, the mind has a tendency to focus on the optimistic; while at the conscious level, it is more likely to focus on the negative. This subconscious bias towards the positive is often named after the girl who plays the “glad game”—trying to find something to be glad about in every situation: the Pollyanna Principle.

Let us know if you feel happier as you get older. And what makes you happy.