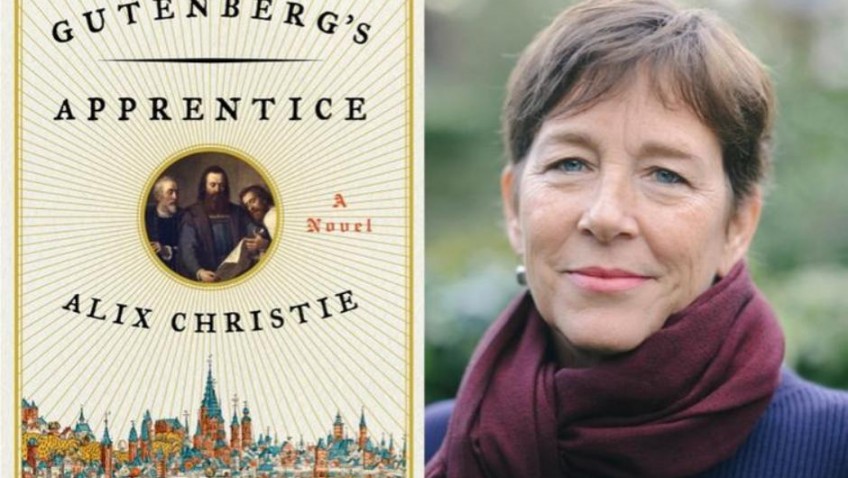 I really enjoyed this unusual book.  It held my interest from the first page. It took me back right into the 15th Century, when the idea of printing, to replace the non-stop industry of hand-written copying of texts, by hundreds of monks, was born.  We take it all for granted now.

We meet all the character, first the Abbot Tithemius, who took no part in the invention, but whose influence was always hovering at the back of Peter’s mind.  Peter Schoeffer, resentful of being recalled from Paris where he was making his name as a scribe, to Mains, where his foster father (who financed the mysterious scheme) apprenticed him to the unpleasant inventor, the flawed, |Johann Guttenberg.

I sympathised with all the other members of this unlikely scheme, introduced as the work developed, they were such well developed characters.  I felt I knew them all.  I understood the secrecy, the frustrations, the fear lurking in their minds, and their faith in Peter, and in the outcome.

The antagonism of the Church and its devout members who thought it blasphemy as they felt the Holy word of God should only be copied by its faithful clergy, seems unbelievable today, though faithfully portrayed in this book.

The action moves quickly and easily through the book keeping me enthralled to the last page, appreciating how all the characters developed steadily  and deservedly achieved their goal,

I am looking forward to Alix Christie’s next book.

The paperback is published on 9th September 2014 by Headline Review