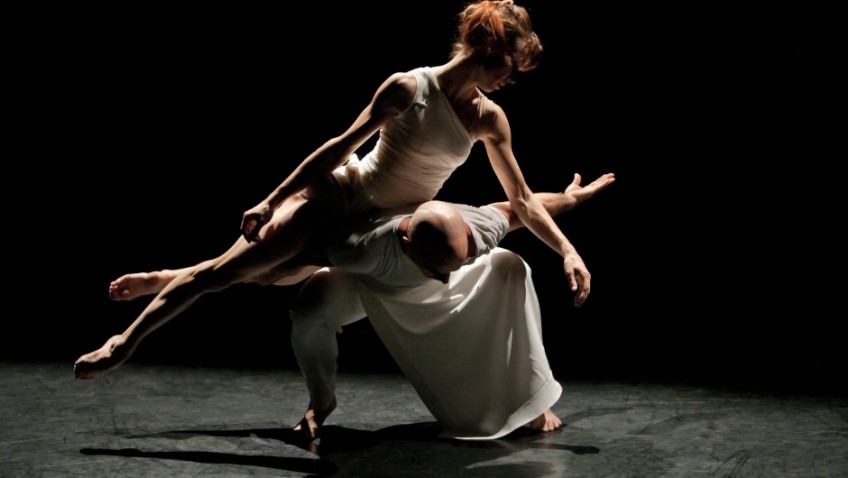 Guillen, Maliphant and Hulls: a celebrated partnership in Push

Push is a showcase for dancer Sylvie Guillem, choreographer Russell Maliphant and lighting designer Michael Hulls and it has won many awards since its premiere at Sadler’s Wells in 2005. The programme consists of three solos and one duet. The technique is flawless.

Solo lasts just 8 minutes. Guillem is in white chiffon and red wig. Choreographed to a strumming guitar, the notation is classical and flamenco, clean, sharp, aristocratic and supple, with soaring leg extension.  Hulls’ concentrated lighting is an essential part of its success.

Shift, more studied, lasts 13 minutes and takes its inspiration from yoga.  Maliphant moves slowly. His shadow, ingeniously, multiplies behind him and creates the illusion of five Maliphants in unison on stage at the same time.

Two has Guillem in a square box of light, the lighting concentrating on arms, shoulder, head and occasionally feet. The same phrases are repeated and, as the music gets more and more frenzied, so the arms flail, whirl and spin at speed; 10 dazzling minutes.

Push is 32 minutes of beauty and stamina in sculptural slow motion. Starting, perched on his shoulders, Guillem twists, turns, slides, rolls on, round and over Maliphant’s body, folding and unfolding in a series of fluid movements. Physically demanding, poetic and tender, the sensuous lifts, and the balance they need, are hypnotic.

Guillem is 49. Maliphant is 53. Their energy is prodigious.