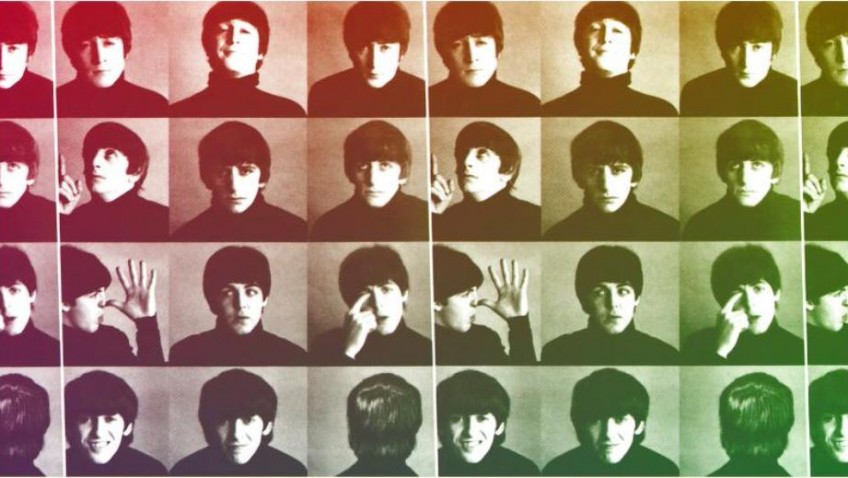 A HARD DAY’S NIGHT (Second Sight) is 36 hours in the life of the Beatles. The film is 50 years old.  “We are not very good,” said Paul McCartney, “but we had a good producer.” There is no story, just a lot of running and jumping around, screaming girls, and, of course the songs. Richard Lester’s zany documentary showcase was a huge commercial success, hugely influential and grossly overrated and not nearly as funny as everybody said it was.

THREE SISTERS (Network) is one of Chekhov’s great plays: “How are we to get through our lives? What is to become of us? Life is slipping by and it will never come back.” This 1970 stage-bound production is not a film but a filmed record of a performance by the National Theatre in 1967 when it was still at the Old Vic. The cast includes Alan Bates, Joan Plowright, Derek Jacobi and Laurence Olivier as the doctor. It is a DVD strictly for lovers and students of Chekhov, theatre historians and National Theatre-goers. SWALLOWS AND AMAZONS (StudioCanal). It’s 40 years since the film premiered and 84 years since the book was first published: a nostalgic treat for all those for whom Arthur Ransom’s series of novels were once their favourite reading. Claude Whatham’s film captures an innocent and idyllic childhood during a summer’s camping holiday in the Lake District. The year is 1929, long before the days of Health and Safety, when children were free to mess about in boats and have adventures.

LABOR DAY (Paramount). A disturbed divorced woman (Kate Winslet) and her teenage son (Gattlin Griffin) Harbour a murder-on-the-run (Josh Brolin) in their home. He is a very nice murderer and very handy round the house, cooking, cleaning and repairing. He’s good in bed and he bakes a really sexy peach pie. Naturally, mum falls in love with him and her son grows up to be a baker. Jason Reitman directs this (dare I say it?) woman’s picture, which is very, very sentimental and totally unbelievable.

HALF OF A YELLOW SUN (Soda) describes what went on in Nigeria in the 1960’s following independence and the formation of Biafra. There is the civil war between the Igbo and Yoriba tribes and there’s a fraught relationship between a highly educated woman (Thandie Newton) and a radical academic (Chiwetel Ejifors). The screenplay is heavy-going and lacking in clarity.

GAMES (Odeon Entertainment) is a psychological thriller and it has its creepy moments; but it is so very predictable. And if you have seen Henri-Georges Clouzot’s classic Les Diaboliques, then you will know what a genuinely scary thriller is and you are not going to be fobbed off with Curtis Harrington’s 1967 film, even though it does have the same Diabolique star, Simone Signoret (who is not at her best). James Caan and Katherine Ross would go on to much better things.

CHINA (Network). Made in 1944 it has to be recognised for what it once was: anti-Japanese propaganda during World War 2. Alan Ladd is an American isolationist who wants to remain neutral and make money by trading with the Japs. He is transformed into action hero and not only saves some Chinese female students but also makes a patriotic speech before blowing up the advancing enemy. The real issue, and the screenplay acknowledges it, is how long will it be before Ladd kisses Loretta Young? William Bendix is his usual decent self.

BLACK LIMELIGHT (Network). Stagey adaptation of a successful 1936 West End murder play in which Margaret Rawlings played both wife and mistress, which made it psychologically more interesting. She got rave reviews; but, a gross injustice, she’s not in the film and, worse, Joan Marion only plays the wife. Raymond Massey (cast as the accused) was a much better actor than he appears to be here. The film is also all the duller because it is so obvious who the murderer is right from the very beginning.