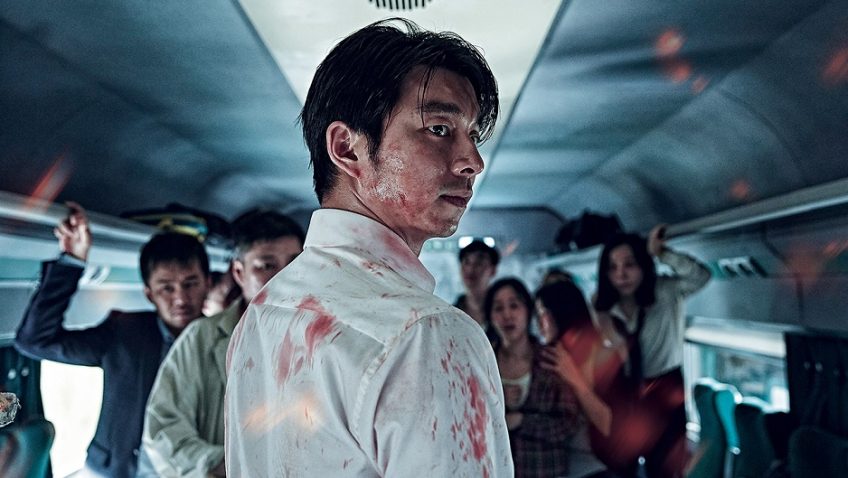 A great thriller from South Korea

TRAIN TO BUSAN (StudioCanal). Zombies are attacking South Koreans in all their major cities and on their trains. Yeon Sang-ho’s high speed action horror/disaster movie is really exciting. It’s the sheer hordes of ravenous mobs which make the outbreak of violence so scary.  Self-survival brings out the worst in people. Gong Voo is cast as the divorced fund manager who always thinks only of himself and is taught a lesson in morality by his young daughter. The film is also a satire on Government (who denies the crisis) and selfish Big Business who are blamed for the crisis and likened to bloodsuckers leeching off others. I cannot remember when I have enjoyed a zombie movie so much

MISS PEREGRINE’S HOME FOR PECULIAR CHILDREN (20thCentury Fox). Tim Burton is a master director when it comes to bizarre and freakish childhood fantasies. This time-travel fantasy, based on Ranson Riggs’s young adult novel, is set in Wales in a Gothic house run by a woman (a very sophisticated Eva Green) who smokes a pipe. She and her pupils are stuck in a time-loop. It is always September 3, 1943, the day they were bombed and killed. The ghost children have supernatural powers. It’s good as an artist (Burton has said) to always remember to see things in a new weird way. And very weird it is.  A girl has teeth in the back of her head. A boy’s body is a bee-hive. There is a great surreal shot of a sunken liner rising from the seabed to the surface.

FINDING FORRESTER (Eureka). Forrester is a legendary writer (played by Sean Connery) who wrote one great book and was heard of no more. He lives the life of a recluse. He befriends and is befriended by a gifted working class black 16-year-old boy (Rob Brown) and encourages his writing. Gus Van Sant directs this American film about creativity and the schmaltz works because Connery and Brown judge their relationship so perfectly. Brown has a splendid feelgood scene in the classroom when he trumps his jealous tutor (F Murray Abraham) with his knowledge of literature.