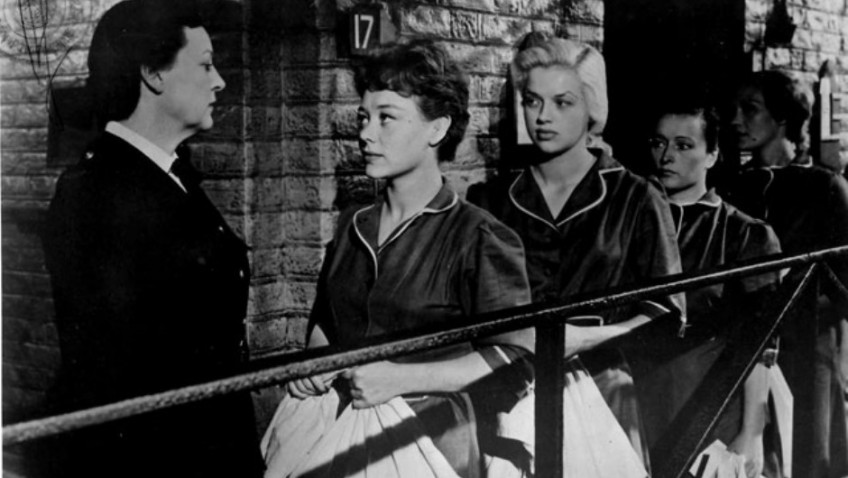 Glynis Johns and Diana Dors in a female prison drama

THE WEAK AND THE WICKED (StudioCanal) is a cheap and flashy title for J Lee Thompson’s very tame 1954 female prison drama. Based on Joan Henry’s memoir, it advocates that justice should be tempered with mercy and that there should be more open prisons. Glynis Johns play a very nice young lady who has been framed for fraud. She befriends the other inmates, who include Diana Dors. (Dors would go on to play Ruth Ellis in Yield to the Night.)The comic turns by Athene Seyler as a blackmailer and Olive Sloane as a jolly shoplifter belong in a comic film and are out of place here.

CRUEL STORY OF YOUTH (Eureka). Nagisa Oshima’s blistering portrait of Japanese delinquent youth, rebelling against society through sex and crime, was aimed at young Japanese audiences in 1960. Unlike the previous generation these penniless students are not politically motivated. The yobs treat their women badly, throw them into the river, rape them, force them into prostitution and insist they have an abortion. The major characters (Yusuke Kawazu and Miyuki Kuwano) solicit elderly men, beat them up and exto rt money. 55 years ago the British censor disliked the movie so much he wouldn’t give it a certificate.

JET STORM (Simply Media) is a British disaster movie.  Fasten your seat belts. Sit back. Relax. Mad scientist (Richard Attenborough) is going to set off a bomb he has smuggled aboard as an act of revenge against the evil in the world. It’s 1959 and there are no security checks. “You are all going to die!” he screams. “Your time is up!” Panic stations all round. Hermione Baddeley has hysterics. Harry Secombe and Sybil Thorndike sit back and have a giggle together. Stanley Baker is the pilot. A lot of other familiar British actors are wasting their time. The director is C Raker Endfield who also wrote the absurd script. The film is a disaster movie in every sense.