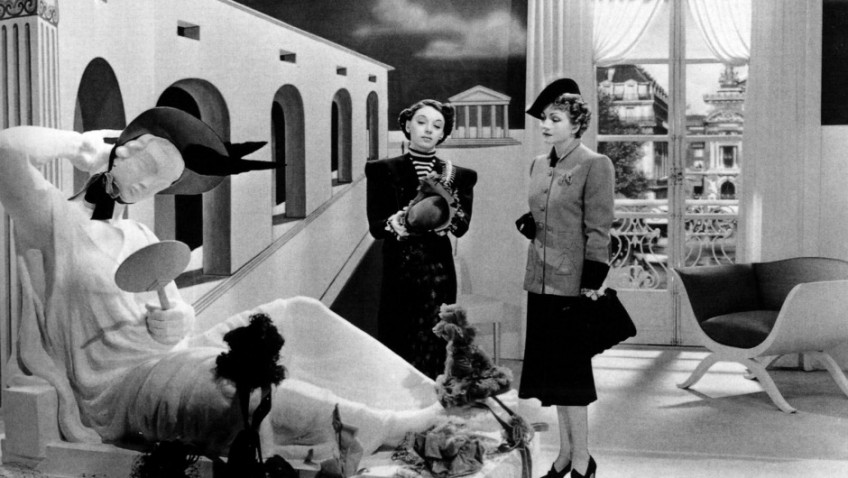 One of the great screwball comedies of the 1930s

MIDNIGHT (Odeon). Every Cinderella has her midnight. I am absolutely amazed that this delightful 1939 Hollywood screwball comedy, one of the very best, is not better known. It has such élan and a witty script by Charles Brackett and Billy Wilder. It is directed with great style by Mitchell Leisen. The casting is impeccable. Claudette Colbert plays a chorus girl disguised as a countess. Don Ameche plays a taxi driver who pretends to be her husband.  John Barrymore and Francis Lederer are wealthy socialites. The deceptions multiply hilariously.  A really good, old-fashioned treat.

FAUST (Eureka). Initially the good old doctor sells his soul to the Devil to save victims from the plague; but then, as you know, he asks the Devil to give him youth and he falls in love with Gretchen with disastrous results.  F W Munrau’s classic German silent movie from 1926 is slow and heavy-going and there is some dreadful over-acting by Emil Jannings who adopts a Kabuki made-up face and haircut to play Mephisto. On the plus side, there are some powerful light and shadow images; and unforgettably so when Mephisto, in a huge black cloak, is hovering above the town. Gosta Ekman is more convincing when playing the aged Faust; his romantic youth isn’t manly enough.

EASY LIVING (Odeon). Bankruptcy and rags to riches in the 1930’s: the heroine (Jean Arthur) broke and sacked, acquires a sable coat, diamonds, a hotel luxury suite to live in, a millionaire sugar-daddy (loud-mouthed Edward Arnold) and a boy friend (Ray Milland). What more could a girl want? This likeable screwball farce, directed by Mitchell Leisen and scripted by Preston Sturges, was the perfect escapism (and wish fulfillment) for Great Depression audiences. There is a classic slapstick sequence in an automatic food restaurant when all the hatches open by mistake and the hungry poor fight to grab a free meal. The hotel suite is absolutely jaw-dropping in its luxury.

ROAD TO GLORY (Simply Media). Two French soldiers (Warner Baxter and Frederic March) in the front line during World War 1 are in love with the same nurse (June Lang). The battle footage is the best thing about this 1936 Howard Hawks movie. But there is something too absurd about the captain (Baxter) taking his 60-year-old father (Lionel Barrymore) on patrol with him in No Man’s Land. Dad is so gaga that he mistakes his own men for the enemy and shoots them dead. And if that is not ridiculous enough, the captain, now blinded, then goes on to use dad again, this time as his eyes on another patrol.

TRACKS (Entertainment One). 25-year-old Robyn Davidson decided she wanted to be on her own and so in 1977 she set off on an ambitious and dangerous solo 1,700 mile, 9-month, trek across the Western Australian Desert, from Alice Springs to the Indian Ocean, with only three camels, a calf, and a dog for company. The camels look superb in the landscape: majestic, proud and very superior. (Australia has the largest population of camels in the world – 800,000.) Mia Wasikowska is convincing as Robyn Davidson; but John Curran’s film, emotionally and physically, is never really involving enough to counter its plodding, nothing-much-happens pace. I wonder what the camels thought of the journey, the filming and the actual film itself.

THE LOVE PUNCH (Entertainment One). A glossy middle-aged romantic comedy caper in which Pierce Brosnan and Emma Thompson are cast as a divorced couple, who, robbed of their pension fund by a financial shark, join forces with their life-long friends (Timothy Spall and Celia Imrie) to gatecrash the shark’s wedding on the French Riviera and steal the $10 million ring he has given his bride. Implausible and carelessly scripted, it is dreadfully unfunny. What is funny is that the director Joel Hopkins actually thinks the comedy works and is worthy of a commentary by him. Spall has the best joke, a running gag about his secret past. If you want to see a genuine screwball comedy, then please do watch Mitchell Leisen’s Midnight and see it done properly with style and wit.