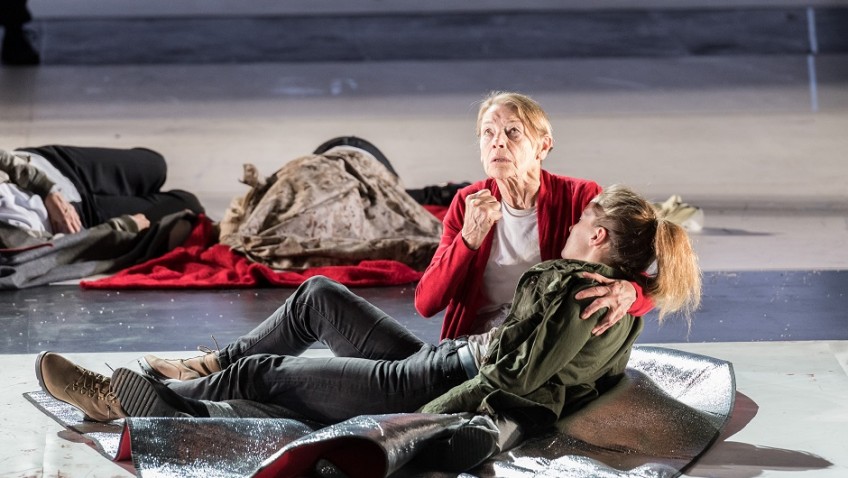 Glenda Jackson returns to the stage as King Lear 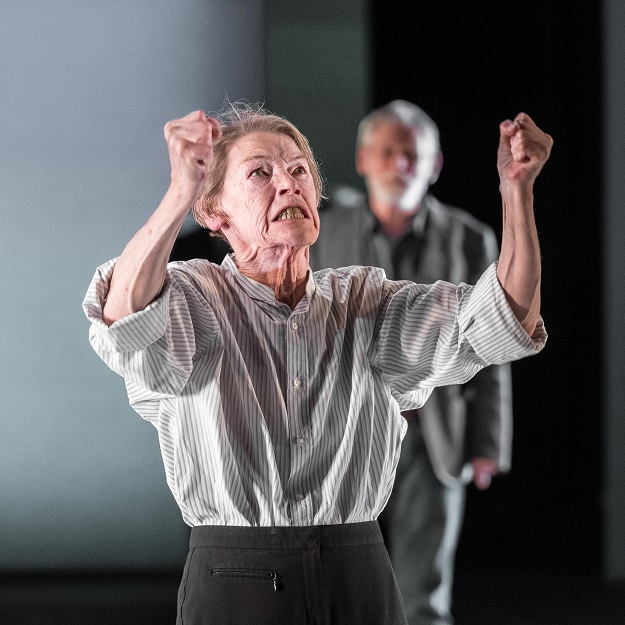 Theatrical history is most likely to remember that at 80 she returned to the stage after a 25 year absence to play King Lear, one of the most exhausting roles in the theatrical canon.

King Lear is not an easy play to either act or stage. Deborah Warner’s modern production lasts three and a half hours including a twenty minute interval. Actors and audiences require stamina.

Jackson has the stamina. She makes no attempt to be a man. She acts Lear and transcends gender. The king’s raging, revolting rants against his daughters are delivered with tremendous power.

Sadly, her performance is seriously let down by the production and many of the supporting cast.

The action takes place on a stage and we are made to feel we are watching the final rehearsal before the actors get into costume. The stage management is highly visible and they are often doing things when the actors are speaking, which can be very distracting.

Simon Manyonda, who plays Edmund, has to deliver his soliloquy whilst doing a work-out with a skipping rope. The soliloquy goes for a Burton. He also has to bare his backside to the audience for no reason whatsoever.

Just when the audience has got used to a bare stage, Warner decides to give the great storm scene the full storm treatment with a big billowing black rubbish bag which fills the stage. There are projections of monumental clouds and rain. The storm completely upstages the actors and the dialogue.

Henry Melling as Edgar bares all. Rhys Ifans as the Fool dons a Superman cloak.

Celia Imrie as Goneril has to get down on her hands and knees and clean up the vomit of her dying sister Regan (Jane Horrocks). But that’s fair enough, a quid pro quo for having murdered her with poison.