Home / TRAVEL / DAYS OUT / The world’s most famous locomotive 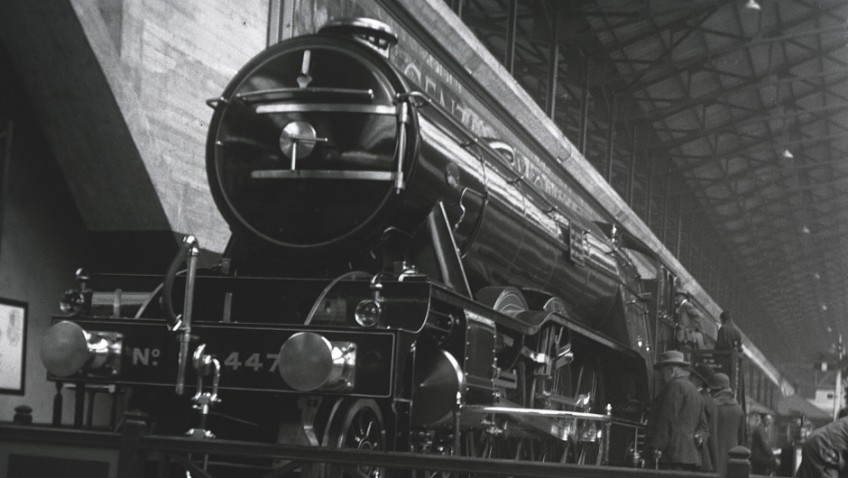 The world’s most famous locomotive

To mark Flying Scotsman’s eagerly anticipated return to the tracks the National Railway Museum is planning a whole season of events and activities from February 2016 at their York and Shildon museums to celebrate the fame and celebrity of the locomotive legend.

From spotlight to sidelines, Flying Scotsman’s career has been anything but a smooth ride. As the National Railway Museum gears up for the iconic locomotive’s highly anticipated return to steam after a painstaking £4.2m restoration, it is putting the finishing touches to its special Gallery exhibition exploring the tumultuous journey of the ultimate star of the tracks.

The LNER ensured instant celebrity status for the new star of their fleet by naming it after the renowned express train service between London and Edinburgh, and debuting it at the British Empire Exhibition in Wembley in 1924 (and again in 1925). Seen by millions in its eye-catching apple green livery, it was heralded as a symbol of modernity in the brave new world emerging from the shadow of the First World War.

The ‘Flying Scotsman’ brand maintained its enviable position at the forefront of the public consciousness thanks to a string of record-breaking feats performed by the locomotive star, including hauling the first non-stop service between London and Edinburgh in 1928, a starring role in the first British talkie movie (aptly called The Flying Scotsman) in 1929, and becoming the first locomotive to achieve an authenticated 100mph run in 1934.

With the advent of the Second World War, the steam star was transformed into a wartime workhorse. The loco’s previously iconic number 4472 became 60103, and like the rest of the LNER fleet, it hauled heavier loads, was maintained less regularly, and was painted in Wartime Black to avoid being targeted by the enemy.

After the war, the fame and favour bestowed on the once-beloved locomotive declined. It was no longer an aspirational symbol of the modern age, but an outdated relic of a bygone era. In 1962 the LNER celebrated the centenary of the Flying Scotsman service by displaying a Deltic at King’s Cross station, the fastest and most powerful of the new diesel locomotives, and sent its former pride and joy away from the celebrations to avoid sending an outdated message to the public. With Flying Scotsman no longer needed to promote its namesake service, it faced the scrapyard along with many other steam locomotives once BR unveiled its modernisation plan sweeping steam away.

One witness to Flying Scotsman’s exile from the centenary celebrations at King’s Cross was Alan Pegler, a British businessman, entrepreneur and railway preservationist, who bought Flying Scotsman outright in 1963, and then had it restored to its former apple green glory at Doncaster Works. Huge public interest and publicity surrounded the restoration process.

True to form, the locomotive legend exited the swinging sixties in style, setting off on a tumultuous three-year tour of the United States accompanied by a train including an English pub carriage, a Pipe Band Major, a Winston Churchill impersonator (a relative of the man himself), a bus and a group of tartan mini-skirted models.

Since 2006, Flying Scotsman has been undergoing an extensive restoration in the workshop of Riley & Son (E) Ltd. It is now in the very last phases of the painstaking £4.2m project to bring the legend back to life, resplendent in its BR green livery in its guise as 60103.

As the restoration process comes to an end, all eyes are – once again – trained on the world’s most famous locomotive. The next chapter in the Flying Scotsman story will be its triumphant return as a working museum exhibit, conquering yet another record as the oldest mainline working locomotive on Britain’s tracks.

“As a national museum, we are committed to ensuring that as many people as possible can enjoy our remarkable collections, including icons like Flying Scotsman, and when it is not on Britain’s tracks it will return home to the museum so people can get up close to it.” says Paul Kirkman, Director of the National Railway Museum.