Home / MONEY / What do the financial prospects for 2018 look like? 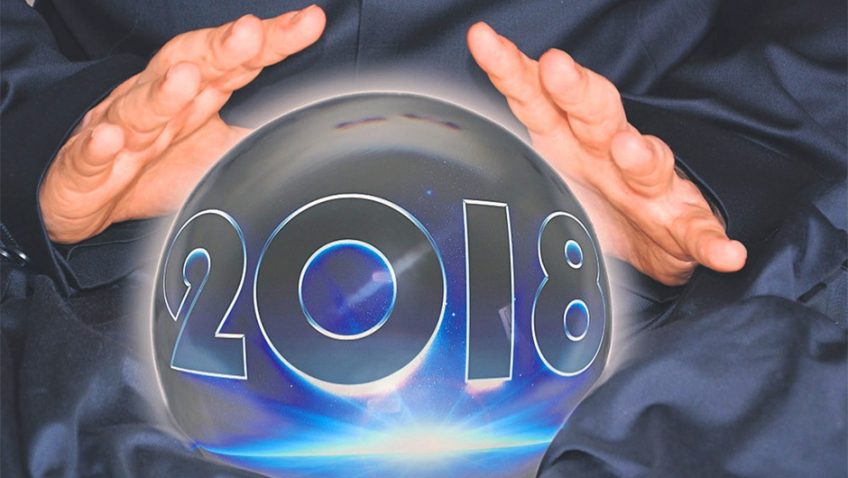 A new year and a new start – that’s what we are always told. It’s a time to look forward at the challenges ahead and to reflect on those we have faced in the previous year. But should we look forward with optimism or are there dark clouds of financial unrest lying in store for us as we go forward?

Well, one of the more worrying things as we start 2018 concerns inflation, which last month touched 3.1% – a six year high. And we all know that the people whose pockets are hit hardest by inflation are not the young and not those in employment, but pensioners, who generally have fixed incomes and little prospect of increasing this in the future.

As a result of rising inflation, The Bank of England increased interest rates in November by 0.25%, but as is usually the case with the big banks and other financial institutions, they are quick to take away, but never quick to give back. In other words, despite bank base rates increasing, very few have passed this full increase on to savers by raising the interest rates they pay on savings; another area in which pensioners are hit hard, as many rely on savings to supplement their incomes.

In fact, despite rising inflation, the average interest rates paid on savings accounts actually declined over 2017. The real effect of this is, of course, that any savings that you may have will actually buy you less at the end of the year than they would have at the beginning. With best buy easy access savings rates currently standing at around 1.30% per annum, the gap between inflation and interest earned, currently sits at 1.8%. If both those figures remain constant for a full year, £100 now would be worth £98.20 in real terms in one year’s time.

To further compound the problem, most forecasters do not expect another increase in interest rates for some time, so if inflation continues to stay at current levels then the value of money will continue to fall over time. Those same forecasters do, however, expect to have seen a peak in inflation rates with a steady decline forecast during 2018, to an end of year figure of around 2.5%. But that decline is only modest and still leaves the rate of inflation considerably outpacing interest rates, meaning the value of money continues to fall over time.

We are seeing price increases across the board, but particularly for pensioners in the cost of food, in the cost of diesel and petrol and in the cost of domestic fuel such as gas and electricity, all of which appear to be rising at above the rate of inflation. If the cost of life’s basic necessities increase, then we are all affected, but again, those affected the most are – you guessed it, pensioners!

However, it’s not all bad news for pensioners, as the inflation rate in September is used by the Department for Work and Pensions to set the annual increase they receive from the start of the new tax year in April 2018. Because pensions are protected by what is known as the ‘triple lock’, they are guaranteed to rise at the higher rate of inflation, earnings growth or 2.5%. This year’s increase is therefore expected to be 3%, which will increase the state pension by around £4.78 a week or £248.56 per year, for most.

Meanwhile, if you are an investor, then the financial outlook for 2018 also looks encouraging to a degree. Stock markets have been rising over 2017 because, in general, the companies that are listed on those markets have seen their turnover and profits increase. This has been caused by a general increase in demand for products and services throughout the economy, a growing population and a reduction in unemployment rates, meaning more people are in work and have more money to spend in the economy.

Add to this the continued above-average growth rates seen in the emerging economies of the world, plus the boost given to the US economy by the massive tax cuts recently agreed by Congress, and the short term economic outlook for investments looks good.

But then, the problem with forecasts is just that – they are only forecasts and we all know that reality can be mightily different. Whatever forecasters think, one thing is for sure, and that is that pensioners will continue to be at risk from rising inflation, fixed incomes and low interest rates – and there is little they can do about it. Therefore, let’s hope that, for once, the forecasters get it right – and that the economic prospects for 2018 turn out to be better than anticipated.