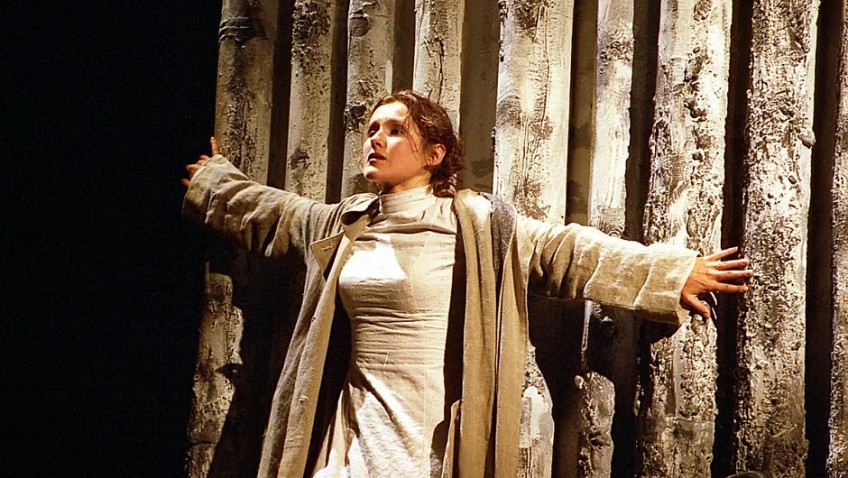 A Festival of Ukrainian Culture

Lesya Ukrainka, Kiev’s National Academic Theatre of Russian Drama, has come to London for two weeks with four productions and a large company of actors plus two free films and a free photography exhibition.

I saw My Mocking Happiness, which is billed as a “stage romance in letters” and directed by Mikhail Barkovskaya.  The letters are Chekhov’s letters to his wife, Olga Knipper-Chekhova, and to Lika Mizinova, who loved him and with whom he flirted but did not love.

Chekhov, who died in 1904 aged 44, should really be acted by a younger actor than Viacheslav Esepov. Larysa Kadochnikova plays Olga and Natlya Dolya plays Lika.

The adaptation, which covers the last 20 years of Chekhov’s life, also includes letters to his brother, his sister and Maxim Gorky. There are thoughts on theatre, quotes from his plays, and blistering quotes from the critics who attended the disastrous premiere of The Seagull.

My Mocking Happiness has been in the Kiev repertoire since 1966. I might have enjoyed it a lot more had there been sur-titles.  I was listening to a hesitant and flatly delivered translation with one ear (on a head phone) and at the same time hearing the actors on stage speaking in Russian with the other ear; and this is not the best way to watch a play.