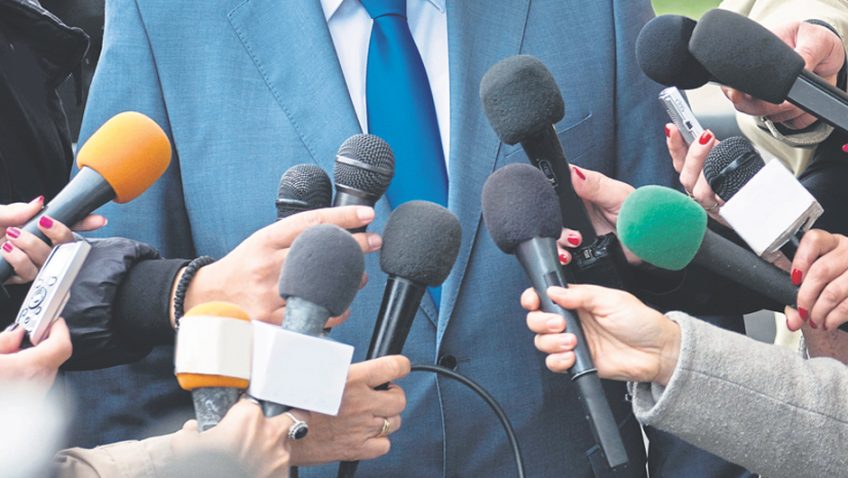 We are hearing a great deal about fake news especially from the USA where President Trump is accusing the media of using fake news to undermine his administration and accusing them of being an “enemy of the people”.

With so much access to information on the internet it is very worrying that mis-information is being spread so quickly around the world.

And it is not just online that suspect news is being disseminated:  newspapers have come in for criticism too.

Why is it a problem?

Fake news is a problem for different reasons.

The first kind of fake news – deliberate lies – is a problem because it can make people believe things that are completely untrue.

The second kind – when people publish something without checking that it’s completely right – can make people have less trust in the media, as well as make everyone believe something that might be inaccurate.

People also only tend to share things that they agree with. So if people are sharing a lot of fake news, and lots of people believe it, it’s easy to get sucked into a bubble that is actually completely different to the real world – and a long way from the truth.

Some people will call things fake news, when really, they just have a different opinion.

Calling something fake news, when it isn’t really, is a problem as it can mean some people don’t know what to believe anymore.

What is The Truth?

The truth is very hard to define but I have found some relevant quotes that help me put this thorny questions into context:

“History is a set of lies agreed upon.”
Napoléon Bonaparte
“If you tell a big enough lie and tell it frequently enough, it will be believed.”
Adolf Hitler
“I’m not upset that you lied to me, I’m upset that from now on I can’t believe you.”
Friedrich Nietzsche

So, after being told lies it is very hard to believe facts when passed on by someone who has been deceitful in the past. The recent example of Ex PM Tony Blair asking for support for his anti-Brexit campaign has been derided as his honesty is called into doubt following his discredit in the Chilcott Iraq War enquiry.

Talking of Inquiries, I have to mention the Leveson report of 2012, which looked into the activities of the media and its involvement in phone hacking and other nefarious activities. The whole Press system was entangled in doubt, with newspapers repeating facts from the internet and vice versa.

The much-quoted expression comes from a statement given in evidence by Sir Robert Armstrong, British cabinet secretary, in the ‘Spycatcher’ trial (1986), conducted to prevent publication of a book by a former MI5 employee, ‘It contains a misleading impression, not a lie. It was being economical with the truth.’

Other expressions that I have heard bandied about recently by politicians are:

A jumble of conflictions, the new reality, policing the truth and factual inaccuracies.

Bearing in mind the word of 2016 was post-truth, we must be prepared to do some subjective analysis when hearing or reading the News.

Over the years, we have been fooled many times by what have later been shown as hoaxes, demonstrating how we used to trust what was in the papers or on the radio.

The Hitler diaries – in April 1983 many well respected media sources were hoodwinked into believing the diaries were genuine.

The Cottingley Fairies – In 1920 a series of photos of fairies captured the attention of the world. The photos had been taken by two young girls, the cousins Frances Griffith and Elsie Wright, while playing in the garden of Elsie’s village home.

Photographic experts examined the pictures and declared them genuine. Spiritualists promoted them as proof of the existence of supernatural creatures, and despite criticism by skeptics, the pictures became among the most widely recognized photos in the world. It was only decades later, in the late 1970s, that the photos were definitively debunked.

Alien autopsy – In May 1995, British music and video producer Ray Santilli announced he had acquired footage of an autopsy after the rumoured crash of a flying saucer near Roswell in the summer of 1947. UFO theorists had speculated that the body of an extraterrestrial had been collected from the wreckage and autopsied.

Loch Ness Monster – There have been many hoax photos of so called Nessie over the years and while it is unlikely there is such a monster some still hope she will be found.

Many other deceptions have taken place including crop circles, and numerous April Fools pranks but these are usually harmless and revealed as a trick before any harm is done.

Some frauds have been deliberately set up to extract a reward such as the disappearance of Shannon Matthews and the American couple who reported their son as being floated away in a hot air balloon. This is fake news in its worst manifestation.

So, what do we believe? it is interesting to note that news stories are often reported differently in the various newspapers, slanting opinion in favour of their readership. And of course, if some politicians are to be believed, journalists are always busy trying to fool the people.

We at the Mature Times do our best to verify every fact but of course we do slip up sometimes. We are only human, and hopefully our mistakes are only slight and never intended to deceive.