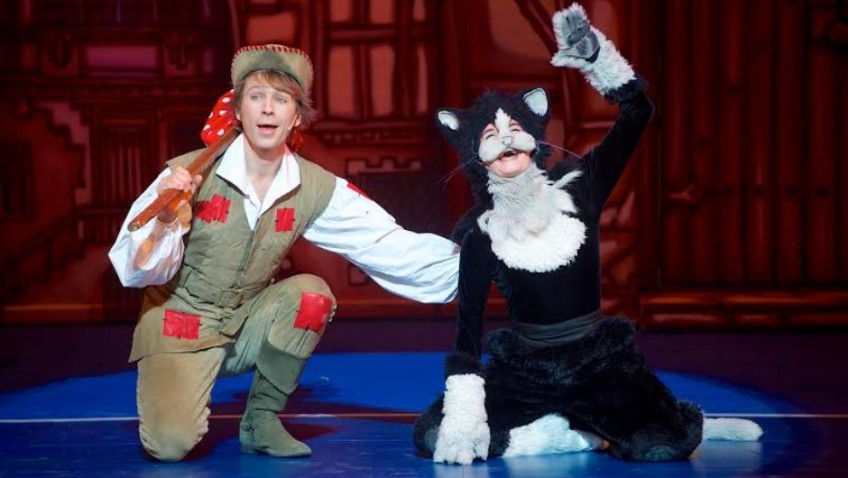 A fabulous collaboration of veteran and newcoming performers in Dick Whittington

Some say you should never work with children or animals – but this performance of Dick Whittington certainly begs to differ! With the Britain’s Got Talent winners Ashleigh and Pudsey (Pudsey being the most adorable and well behaved little dog) performing as the heroine and her beloved pet, alongside Ben Faulks (Cbeebies’ Mr Bloom) and his cat (unfortunately not a stunt cat!) as Dick Whittington himself; you really cannot beat the audience’s cries of adoration.

This, along with support performances from Bristol’s Youth performers, not one foot was stepped out of place by the very talented and dedicated team of youngsters.

The fantastic combination of writer, producer and actor Eric Potts as the transvestite cook, and his faithful assistant, Andy Ford – who being a true veteran of the panto, performing his 16th year, really do make for a magical experience. The script just hovering on the right side of the ‘fun for all ages’, with a midnight blue selection of innuendoes to induce the dirtiest minded of the audience into hysterical laughter, while their darling little angels stay utterly oblivious.

Whilst celebrating 300 years of panto, the performance has been modernised into bringing an incredible 3D performance to the crowd – the most enjoyable part for me, being able to watch my 6 year old reaching out to try and ‘catch’ the fish swimming in front of him. Disappointingly it had to be sponsored by a certain large catalogue company, who had insisted on loud, screened adverts before and after the performance as well as during the interval.

Also, there seemed to be a distinct change in the characters from traditional pantos (for starters, this is the first panto I’ve seen where the lead male is in fact – male!), and it felt throughout the show that perhaps, certain characters were not necessary for anything more than to bulk out the number of cast on stage.

But nevertheless, an enjoyable evening was had by all!