Home / LIFESTYLE / REVIEWS > / THEATRE REVIEWS / Coppelia is a charming, playful ballet that continues to appeal to young and old alike 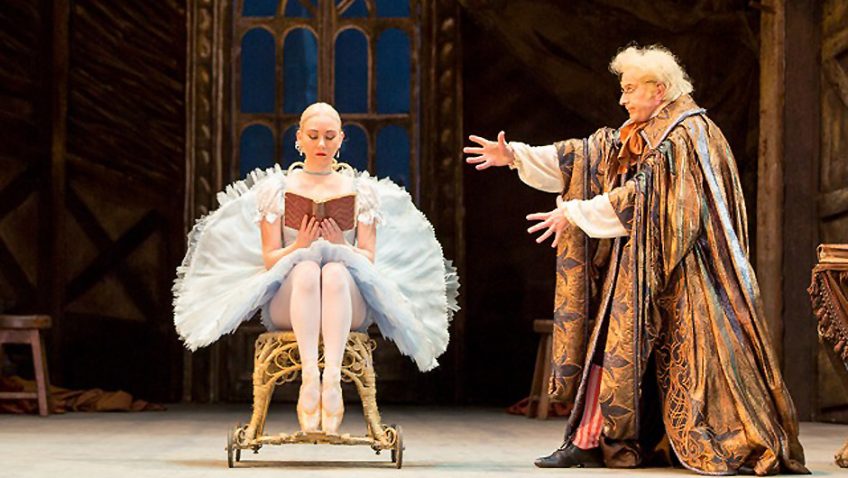 Coppelia is a charming, playful ballet that continues to appeal to young and old alike

Coppelia is a timeless and enchanting classic from the golden age of ballet and is widely acknowledged as the most performed comedy ballet in the world. Peter Wright’s acclaimed production again features in the Birmingham Royal Ballet’s summer season repertoire and MT managed to catch a performance at the Bristol Hippodrome. Coppelia at the Bristol Hippodrome

This is a light hearted ballet full of high jinks, comedy and romance and remains a firm favourite. The wonderful music of Delibes greatly adds to its appeal. There’s more of an acting element in Coppelia than in many ballets, no words just very funny facial expressions and miming. It’s a story of a lover with a roving eye (Franz), his playful sweetheart (Swanilda), a doll who people think is real (Coppelia) and her eccentric creator (Dr Coppelius). The resulting comedy and shenanigans are a real delight.

The first act sees fabulous group dances and wonderfully funny interactions between Swanilda and Franz as his wondering eye causes Swanilda to become pretty disgruntled. In Act Two, Swanilda and her friends break into Dr Coppelius’s mysterious workshop resulting in much hilarity, great choreographed encounters with various automatons and the discovery that Copellia is in fact a doll. The final act showcases a series of dazzling performances in front of ‘Old Father Time’ including ‘Dance of the Hours’, ‘Dawn of a New Day’ and the breathlessly energetic ‘Call to Arms’. The tale is bought to a beautiful conclusion by the alluring performances between Franz and Swanilda.

Celine Gittens starred in the lead role of Swanilda and brought mischief and vivacity to the role in addition to her exquisite dancing. Tyrone Singleton was excellent as Franz, the beau with the wandering eye, impressing us all with fine leaps and his playful naughtiness! Michael O’Hare, dancing as Dr Coppelius, brought the eccentric toy maker to life. A man devoted to his art of creating clockwork toys, we couldn’t help feeling sorry for him when he realises his cherished Coppelia has not really come to life.

The set was fabulous, wonderfully recreating a village square in eastern Europe, complete with over hanging trees, elaborate gates and balconies and looked just like a set straight from The Student Prince. The interior of Dr Coppelius’s workshop was equally impressive but the set for the final act in the Duke’s mansion gardens was for me the pièce de résistance: truly magical.

Coppelia is a charming, playful ballet that continues to appeal to young and old alike and still delights: Highly recommended.

You can see Coppelia at the Bristol Hippodrome from Thursday 29th June to Saturday 1st July.

For more information and tickets please go to: http://www.atgtickets.com/shows/coppelia/bristol-hippodrome/