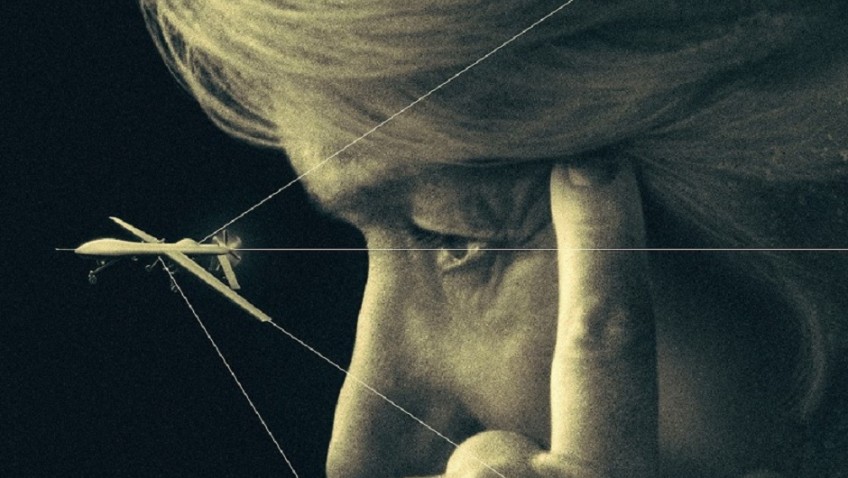 The Eye in the Sky is an exciting adult war thriller

THE EYE IN THE SKY (Entertainment One) is an exciting adult war thriller directed by Gavin Hood which will prompt plenty of discussion. Helen Mirren (in her role of military commander) can assassinate two key terrorists and a suicide bomber with a drone missile. But first she has to get legal clearance from her superior (Alan Rickman) who has to get permission from a variety of ministers worldwide. Mirren needs to act quickly before the suicide bomber leaves the house. What gives the film its enormous tension is the way nobody wants to take responsibility and everybody passes the buck. The delays, the sheer frustration and the moral dilemma make for excellent drama.  Acted and directed with total conviction the majority of the action is seen on monitors.  Would you give the orders to push the button and release the missile? An innocent 9-year-old girl is liable to be killed. The film is strongly recommended.

THE GINGERBREAD MAN (Odyssey). Robert Altman directed Kenneth Branagh in 1997 in this poor thriller, an adaptation of a story by John Grisham. A man, considered to be insane, is hospitalized. He escapes and stalks the lawyer who got him arrested in the first place. The trouble is that the viewer is never fooled about what is going on and cannot understand why the lawyer, besotted though he is, is such a fool. The hurricane adds nothing to the drama and the climax is glib cliché.  You would be better off watching Branagh in Wallender.

WALLANDER SEASON 4 (BBC). The White Lioness, A lesson in Love and The Troubled Man are the final three stories by Henning Mankell who died of cancer aged 67. Detective Wallender (drink, depression, diabetes and now alzheimer’s) is on the track of assassins in South Africa and bikers and traitors in Sweden. The best thing about the series is the photography and high production values.  The plots play a secondary role to the locations. The landscapes and houses, brilliantly photographed, are unfailingly interesting. Wallender is disorientated, exhausted, but dogged. At one point, when he starts taking off all his clothes in a field, it seems as if Kenneth Branagh is auditioning for King Lear. You can see Branagh very soon on stage in John Osborne’s The Entertainer at London’s Garrick Theatre.

THE WAVE (StudioCanal). One thing is for certain and that is that there will be a rockslide in Norway. It’s happened before and it will happen again. They just don’t know when. Norwegian director Roar Uthaug’s low-budget film imagines it actually happening to the real life unstable mountain Akneset and a gigantic tsunami destroying Geiranger, a tourist village next to a picturesque fjord. Disaster movies are always popular; but a low-budget disaster movie sounds like a contradiction in terms. What would you do during a tsunami? Run for higher ground? Get into a car and fasten your seatbelt? Or get trapped in the basement of a hotel and the water rising all the time? Kristoffer Joner (worried geologist) puts on a brave grim face. The apocalyptic aftermath is SF and terribly unconvincing. Uthaug should have stuck with the documentary reality.

MEN & CHICKEN (Arrow) is a bizarre and murky Danish film. Two brothers (Mads Mikkelsen and David Dencik) discover in middle-age they are half-brothers and that their dad and mum were not their dad and mum. They go in search of their real dad which takes them to an island and abandoned dirty sanatorium where they discover other half-brothers, all infantile, sterile, violent and insane. They are hybrids of man and animal, bull, mouse, chicken, dog and owl.  Anders Thomas Jensen’s art house horror movie is the blackest of black comedies and it isn’t funny. It’s brutal, gruesome and sick-making.