Home / LIFESTYLE / REVIEWS > / THEATRE REVIEWS / Have you ever had the feeling you’ve been here before? 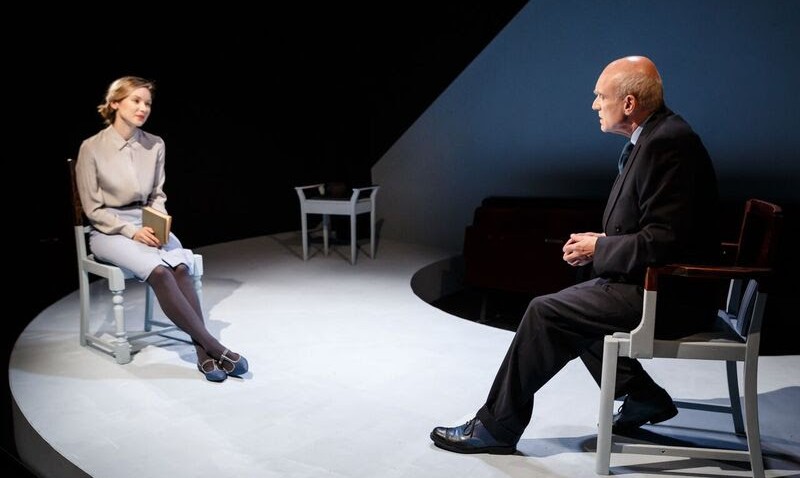 Have you ever had the feeling you’ve been here before?

Robert Tanitch reviews I Have Been Here Before at Jermyn Street Theatre, London SW1

I have indeed been here before. I saw J B Priestley’s 1937 Time play in rep many years ago and thought it not a patch on his other Time plays,Time and the Conways and Dangerous Corner. It has never been popular.

Priestley was well aware that it was heavy and over-wordy; but he claimed unsophisticated audiences, simple folk, miles away from the great cities and playhouses, understood and enjoyed it.

“There is actually more of myself in this play,” he confessed, “than any I have written and even though it so obviously lacks humour, I would not hesitate to choose it as my most representative play.”

Priestley took his inspiration from Russian mathematician P D Ouspensky’s theory of Time and Human Life as a recurring cycle.

A mysterious German professor (Edward Halsted), a Jewish exile arrives at a homely little inn in the Yorkshire moors and seems to know what is going to happen and makes everybody feel very uncomfortable.  Halsted, suitably creepy, would be good casting for Nosferatu.

Husband and wife and her would-be lover, a headmaster, find themselves helplessly trapped in a recurring cycle of events. Can they break the spell and so avert a tragedy waiting to happen?

I Have Been Here Before maybe “mystical rubbish” but it should he uncanny and urgent; instead it’s merely prosaic and plodding. Anthony Briggs directs. The set is striking but totally wrong for the play.