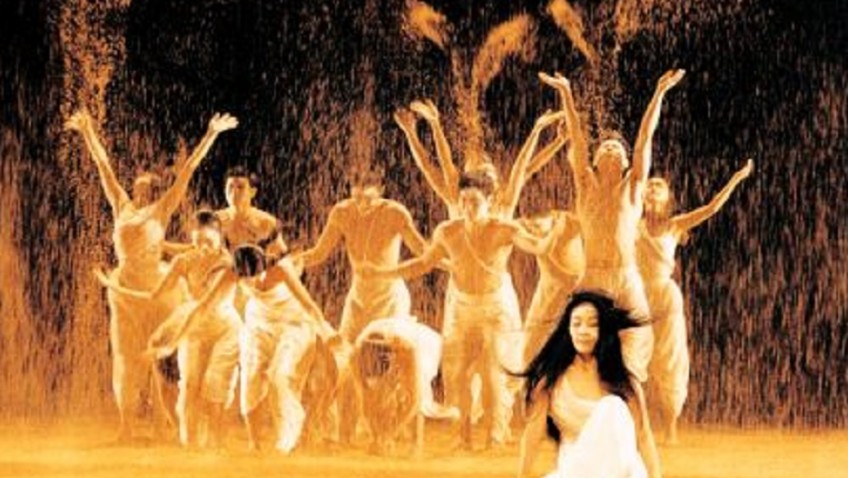 Cloud Gate Dance Theatre of Taiwan, founded by Lin Hwai-min in 1973, was the first contemporary dance company in any Chinese speaking community.

Songs of the Wanderers, created by Hwai-min in 1994 and inspired by Buddhist meditation and the quest for enlightenment, is notable for its pictorial beauty.

The pilgrimage is accompanied by prayer, recorded soulful Georgian folk songs and rites with long staves and bowls of fire.

The choreography, full of religious ecstasy and religious torment, is performed in slow and measured motion. What makes this particular spiritual journey so memorable is the three and a half tonnes of shimmering golden grains of rice which rains down on the dancers.

The 24 dancers, nomads/lost souls in ragged garbs, writhe, struggle, flounder, flagellate, twirl and spin. They bathe in the rice and constantly throw it into the air to create wonderful rainbow sprays.

At the side of the stage a Buddhist monk stands stock still, eyes closed, serene, hands in prayer, for 90 minutes, as a steady stream of rice pours on his shaven head.

The performance continues after the curtain calls have finished, with a solo dancer raking the rice-filled stage into perfect concentric circles, creating order out of chaos.