Home / LIFESTYLE / REVIEWS > / DVD REVIEWS / Can a war crime ever be excusable? 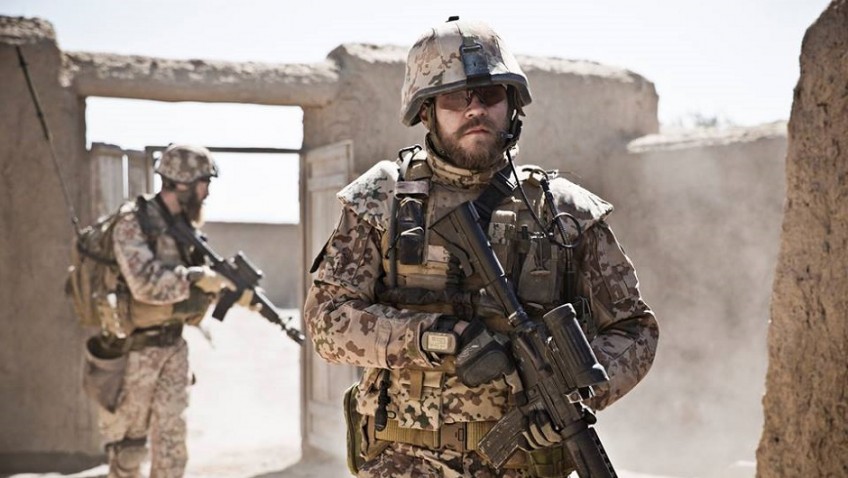 Can a war crime ever be excusable?

A WAR (StudioCanal). This understated Dutch war film is directed by Tobias Lindholm (who directed the excellent A Highjacking) and it raises a serious moral question: when is a war crime excusable? The action alternates between Afghanistan and a family back home. The handheld camera gives the war zone scenes an authentic documentary feel. During an ambush and the ensuing chaos a commander (Pilou Asbaeck) makes a wrong judgement and 11 civilians are killed. He is arrested. Does the Court and its International Humanitarian Laws fully appreciate his dilemma in the heat of battle? The commander feels his guilt acutely; but his counsel says if he does not lie and say he acted under orders he is certain to go to prison for a minimum of four years. Should he lie? What do you want him to do?

OURSELVES ALONE (Network). Brian Desmond Hurst’s long-forgotten 1936 British film is interesting because it is about the Irish Troubles in 1921 and sympathetic to the Irish. Irish police inspector (a ruthless John Lodge quick to kill informers) and a British Intelligence officer (a solid John Loder) are in love with the same woman (Antoinette Cellier) whose brother (Niall MacGinnis), a decent chap, is an IRA leader who loves his country and says that you don’t have to be an Irish revolutionary to be Irish. Northern Ireland banned the film thinking it was Sinn Fein propaganda.