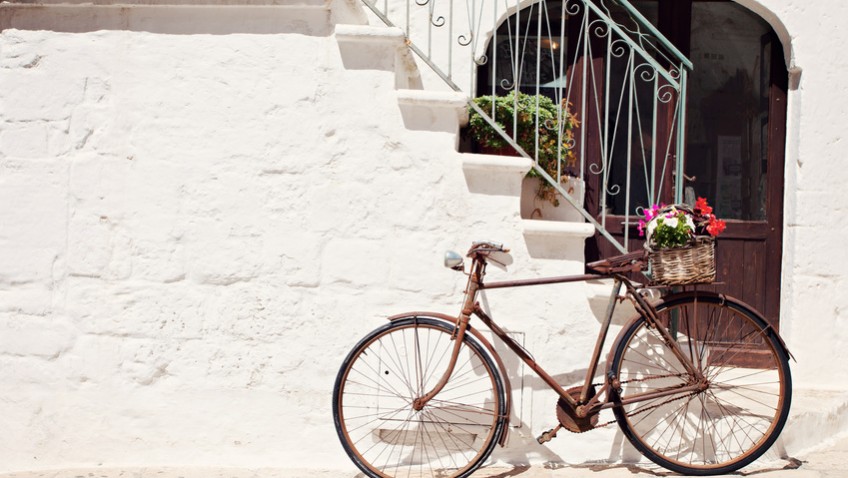 There are few finer ways to explore a new city than wheeling through the winding streets pushed forward by pedal power. Cycling is an environmentally-friendly and fun way to pack all the sights and experiences of a beautiful city into a day or two’s exploration. And, what’s more, the great exercise provided by a few hours of pedalling more than justifies sampling some of the city’s finest culinary treats in the evening.

So if you’re keen to get those legs pumping with a city-based cycle break, here we explore the very best cycling cities the continent has to offer.

There really isn’t anywhere else to start when discussing cycling cities in Europe; the capital of the Netherlands is practically run on pedal power. With a higher population of bicycles than people, you’ll spot a plethora of chained bicycles and cyclists everywhere you look in this enigmatic city. The extensive network of cycle routes paved alongside the beautiful canals mean that every nook and cranny of Amsterdam can be explored by bike.

Where to go – The Museum District is an incomparable cultural experience with a number of the world’s most revered museums and galleries dotted around a central square. After exploring the Van Gogh Museum and Stedelijk Museum of modern art, it’s actually possible to cycle through the magnificent Rijksmuseum – the jewel in Amsterdam’s sizeable cultural crown.

Regarded as one of England’s most picturesque and historically significant cities, Bath’s Roman remains and charming buildings crafted in Bath stone make it ripe for exploration. Recognised as a UNESCO World Heritage Site, Bath is carefully maintained – providing a wonderful setting for a pedal powered exploration.

Where to go – If you’ve had a long day of cycling around Bath, treat yourself to a rejuvenating dip in the Thermae Bath Spa – Britain’s only naturally warm, mineral-rich water spa.

Blessed with an incredible selection of Renaissance-era buildings, the Austrian capital, Vienna, is a culture vulture’s paradise. With a rich selection of architectural styles, every turn in Vienna seems to open up another impressive street to explore and savour.

Where to go – Cycle along the mighty river Danube for magnificent views of this ancient city. The Danube boasts cycle paths continuing the entire length of the river, so it’s possible to make your way to neighbouring capitals of Budapest, Bratislava and Belgrade. Check out this cycling guide by River cruise operator Emerald Waterways, who provide bike tours throughout their Danube cruises.

A city of great intrigue, Berlin has emerged as one of Europe’s great short city break destinations. The city’s unique history and tasteful tributes to its split make Berlin a truly captivating place to explore. With a flat urban landscape dotted with natural greenery, Berlin is a rewarding city to explore.

Where to go – Pulling up to the Berlin Wall is an absolute must when visiting this formerly divided city. Taking a moment to remember the significance of this unique monument is a defining human experience.

The Bycyklen Kobenhavn scheme was pioneered in the Danish capital in the 90s – a non-profit bike-loan programme, which has been copied all around the world. With an abundance of car-free areas, an extravagance of green areas and a bike-loving population, Copenhagen is a wonderful place to explore with pedal power.

Where to go – Take a ride down to the waterside and check out the famous Little Mermaid sculpture, as she longingly gazes out over the choppy current.

Running a bike taxi scheme and bike rental store since the early 70s, Lyon has long been a pioneer of encouraging its population out on to the streets. If you don’t fancy navigating the streets of the French city using your own leg power, the Cyclopolitain scheme has got you covered in the eco-friendly cycle taxis.

Where to go – For a slice of French Renaissance history, head on down to Vieux Lyon – an enigmatic district of Lyon where the small streets dissect lines of buildings, some dating back to the Middle Ages.

The Flemish city of Gent give cyclists right of way on the roads, and more cycle paths seem to pop up every day. The centre of the city has an almost complete absence of cars – providing a wonderfully peaceful cycle journey through the main sights.

Where to go – Saint Nicholas’ Church is one of the city’s oldest and most prominent landmarks – dominating the skyline around it. The 13th century Gothic church is a delightfully ornate affair which has been carefully restored over the years.

Since 2003, the pretty city of Prague has gone to great lengths to revolutionise its cycling identity – with an aim to creating more than 700 miles of cycling infrastructure. This has led to a significant growth in the number of locals and visitors taking to the streets atop bicycles. The Czech Republic capital is known as the City of a Hundred Spires, recognising the high volume of beautiful Gothic churches which adorn the streets.

Where to go – The Charles Bridge is a spectacular 14th century bridge crossing the Vltava river. Protected by three bridge towers and extravagantly adorned with a continuous alley of 30 Baroque-style statues.

Another city dedicating huge sums to turning around the cycling fortunes of its population, Sweden’s second city, Malmö, has launched a series of campaigns to prohibit the overuse of cars. For an added incentive, cyclists have even been given the opportunity to name their cycle paths – accommodating simpler route planning.

Where to go – Surrounded by protective waterways, the beautiful Malmö Castle is best approached on a bicycle.

Apart from the weeks of the famous festival, Edinburgh’s streets are ripe for exploration on bicycle. The ancient winding streets are flanked by a myriad of wonderful, ancient buildings and monuments. However, the high volume of beautiful shops and boutique stores means you might be stopping every few minutes for a spot of window shopping.

Where to go – Built to commemorate Sir Walter Scott, the Scott Monument is a delightful Gothic structure, located in the centre of the Scottish capital. It’s also the largest monument to a writer in the world.

Have we missed your favourite European city to explore by bicycle? If so, let us know in the comment section below what makes your favourite cycling city so special.