Home / LIFESTYLE / REVIEWS > / THEATRE REVIEWS / It has been estimated that there are 856,700 people with dementia in the UK 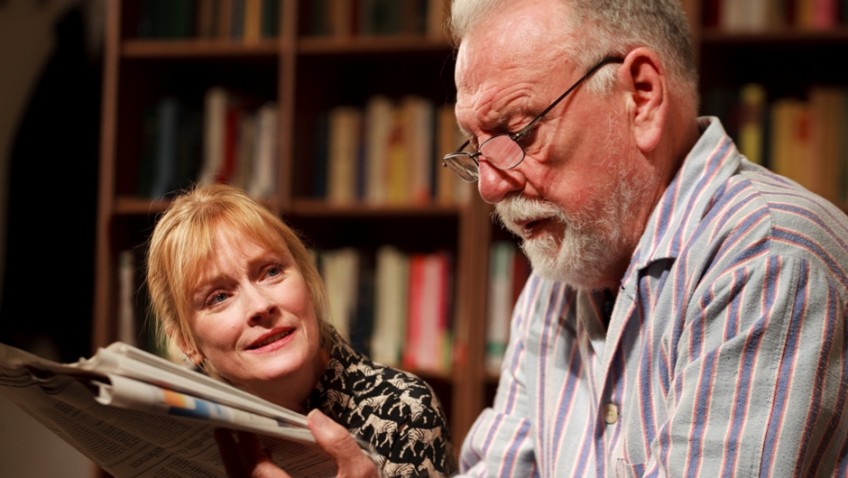 It has been estimated that there are 856,700 people with dementia in the UK

THE FATHER (not to be confused with August Strindberg’s play which has the same name) won the French playwright Florian Zeller the Moliere Award for Best Play in 2014.

Zeller’s plays are regularly produced in France and Germany. Christopher Hampton’s translation is the first time any of his plays has been staged in the UK.

An old man in pyjamas suffers from dementia. He has been through a number of carers, having not got on with any of them. He is confused as to where he is and who the people round him are.

His daughter feels guilty about putting him in a home but since she is going to live with her boy friend abroad, she has no other option.

It is not easy to know what is going on.  Who are these people who care for him, patronise him and abuse him?  They are or could be family. But they seem to be strangers to him.

There are even moments when we could be in a play by Harold Pinter.

The action takes place in a Paris flat which is gradually stripped bare. But is it his flat or is it his daughter’s? Perhaps, he is not in a flat at all. Perhaps he is in a hospice and everything we see and hear is taking place in his mind?

The fact that the audience is as mixed up and disorientated as the old man is precisely because Zeller is viewing Alzheimer’s through the eyes of the sufferer.

The role of the old man, created by the great French actor Robert Hirsch in Paris, is played in James Macdonald’s production by Kenneth Cranham whose wholly believable performance is always understated.

There will undoubtedly be many people who will find the play too close for comfort.