Home / LIFESTYLE / REVIEWS > / DVD REVIEWS / Epic 5,000 mile journey across the Pacific on a raft made of balsa wood 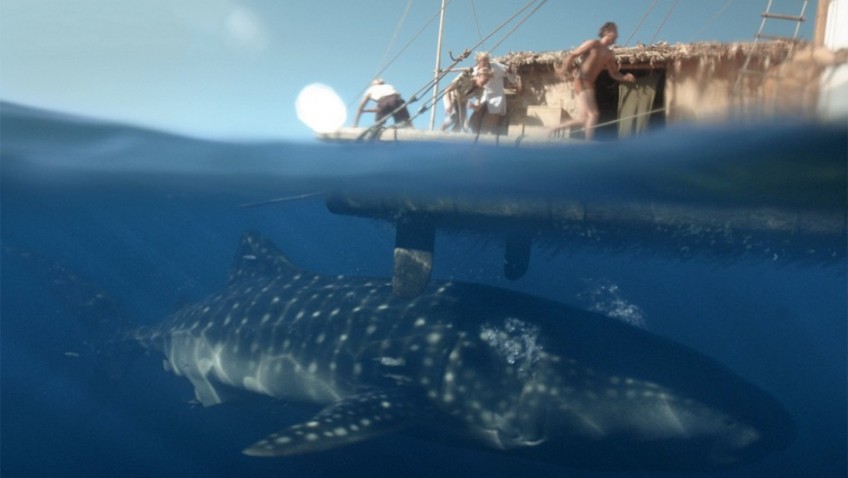 Epic 5,000 mile journey across the Pacific on a raft made of balsa wood

KON-TIKI (Soda) Thor Heyerdhal made an epic voyage across the Pacific in 1947 on a balsa wood raft to prove that 1,500 years ago the Peruvians had made the same 5,000 nautical mile journey and discovered Polynesia. Joachim Ranning and Espen Sandberg’s film is a quiet and deliberately understated reconstruction of that dangerous journey. There are no histrionics; there is tension enough with storms, sharks and barrier reefs. Pal Sverre Valheim Hagen, very Nordic, very blond, very charming and very tall, is cast as the ambitious and stubborn Heyerdhal.  He and his bearded crew at the end of 101 days all look very like early man. (Kon-Tiki is the name of the Inca sun-god.)

STILL LIFE (Artificial Eye). Eddie Marsan has done excellent work in the theatre, on the Fringe, in the West End, at the National, and on film in Britain and American. He plays a borough council administrator who is responsible for those who die alone. He tries to make contact with any relatives or friends. Marsan is perfect casting for this sad, lonely, diligent, humane man whose 22-year career has been an endless cycle of anonymous funerals at which he, apart from the priest, is often the only person present. You can probably guess how Uberto Pasolini’s modest, sensitive, thoughtful movie is going to end; but the sheer and unashamed visual poetry is unexpected and deeply moving.

THE DECENT ONE (Artificial Eye) is a documentary by Vanessa Lapa about Heinrich Himmler (1900-1945), the ultimate Nazi, Hitler’s right-hand man, a key architect of the Final Solution. The film is a mixture of archive newsreel footage and photographs. The commentary is based on his diary and the letters between him and his wife and his mistress.  The documentary takes its edge from the contrast between the calm statements and the horrific images of Jews being beaten, mass murders and the pile of naked dead bodies in concentration camps. Interesting though the footage is, you still know very little about Himmler by the end.

HACKNEY’S FINEST (Trinity Films) is not fine at all. It’s a dreadful, hackneyed, ridiculous, low-budget British comedy thriller about drug-dealers. There’s violence but no thrills and it’s very, very unfunny. The untalented cast includes a naive, inept cockney, two Welsh Jamaican gangsters, two Russians (who seem to be in a different movie to everybody else) and two corrupt policemen. I really would give this film a very wide berth.