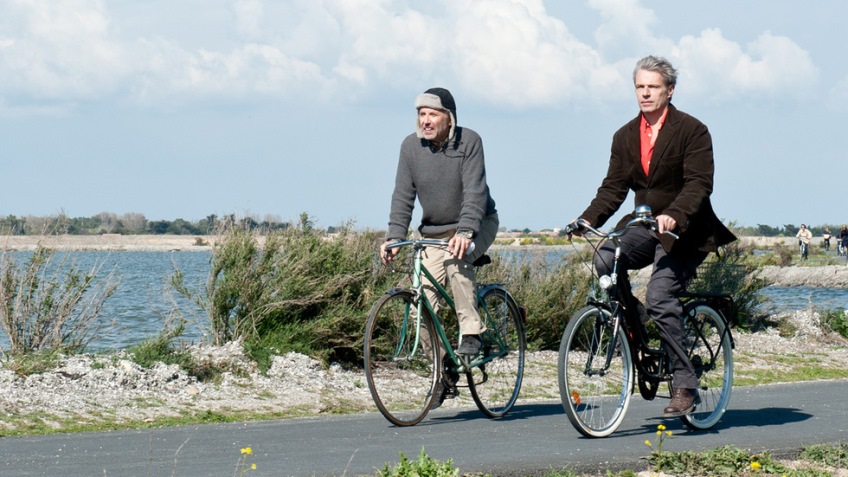 A entertaining battle of two egos on the Ile de Re

There are few films that wear their nationality on their sleeve as proudly as Cycling with Molière, a charming and witty battle of egos between two fine French actors playing two French actors whose careers have diverged.

Life begins to imitate art as the two actors rehearse Molière’s most famous play, The Misanthrope, and the more authentic Alceste is, like the real Alceste, the more he is forced to retreat into solitude with his lofty principles.

If writer/director Philippe Le Guay lays on an excess of Molière, we get the perfect dose of Fabrice Luchini and Lambert Wilson with the seldom seen Île de Ré as stage set and stomping ground.

Once a great classical actor, sixtyish Serge Tanneur (Luchini) now lives like a hermit in a sprawling, run-down farm house on the Île de Ré, off the coast of La Rochelle.

Tanneur could not abide the backstabbing, small-mindedness of the Parisian showbiz scene, but he chose to live on the island that, like St Tropez, is a celebrity hang-out in the summer. A controversial bridge has made the island even more accessible.

One out-of-season day, the tall, handsome, imposing 50-something celebrity Gauthier Valence shows up; immaculately turned out in an expensive white coat.

The two actors have a past.  They started out together but Valence “sold out”, and is making a fortune as the charismatic doctor in a television series that appears to combine ER with Dr House.  Valence is so close to his screen persona that he is in a three-year relationship with a brain-surgeon whom he met while researching his role. 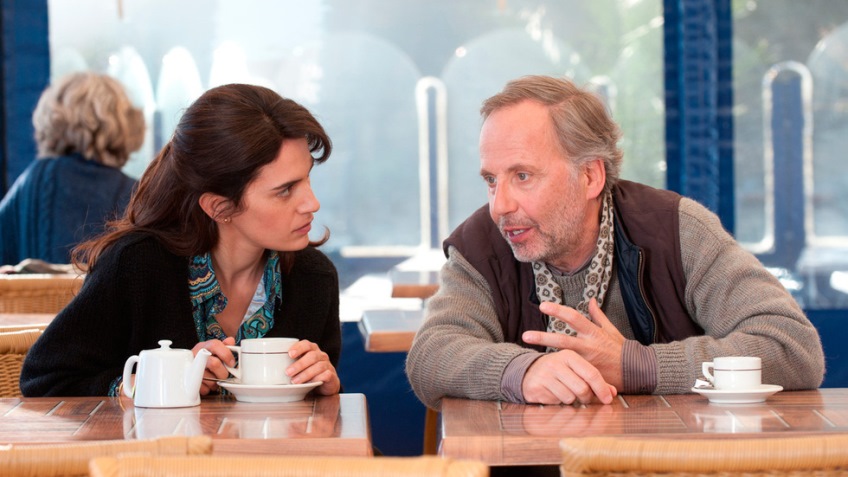 Valence, however, is at the stage of his career where he wants to return to his roots and prove his mettle. He has decided to direct and star in The Misanthrope on stage and has come to offer Tanneur the role of Philinte.

The foil to the eponymous misanthrope, Alceste, Philinte goes along with society’s hypocrisy and keeps his opinions to himself, but genuinely cares for the outspoken Alceste.  The parallels appear as we get to know the two men.

As Tanneur rightfully insists on playing Alceste, Valence persuades him to read both parts with him, disingenuously agreeing that the two will alternate the roles on stage.  The more they read the more Tanneur’s resistance breaks-down.

Can he trust Valence if he gives in to hunger to act again?

Most of the film consists of Valence convincing Tanneur to commit to the project for his backers, who clearly expect Gauthier to play Alceste. When the two men meet an attractive Italian divorcee, Francesca (Maya Sansa) the play’s battle of wits extends to the heart, and here, too, life imitates when Tanneur opens his heart to “society”, only to be betrayed.

Le Guay’s script is not only plausible, but adroit in drawing the parallels between The Misanthrope and those involved in recreating it.

The roles are not entirely parallel, so the film is never overly prescriptive, and if Valence is more the Philinte, type he is, unlike Philinte, a symbol of why Tanneur turned his back on the world of theatre.

Luchini’s defining role was in François Ozon’s masterpiece, In the House (2012), although he was great in Le Guay’s in 2011s Woman on the 6th Floor, and his career goes back to playing the young boy in Eric Rohmer’s Claire’s Knee. This is another great performance and perfect casting.

The world might still remember Lambert Wilson as the  Merovingian in the commercial blockbusters, The Matrix Reloaded and The Matrix Revolutions, but he is also known for art house films such as the Belly of an Architect, and has directed classical theatre, making him the perfect Valence.  He is a very physical actor and it is fascinating to watch him in a largely cerebral role.

The Île de Ré is a wonderfully visual backdrop for this chamber-piece, with the welcome contrasts between the stuffy court/theatrical world and the expanses of marshes and sea.   Le Guay does go overboard a bit both with the readings from Molière and in his enthusiasm to show us the island.  An unfortunate misstep is the not very humorous bicycle in the water scene which gains nothing from being repeated with another actor veering from the path.