Home / LIFESTYLE / REVIEWS > / DVD REVIEWS / If you enjoy historical dramas, then, whatever you do, don’t miss Wolf Hall 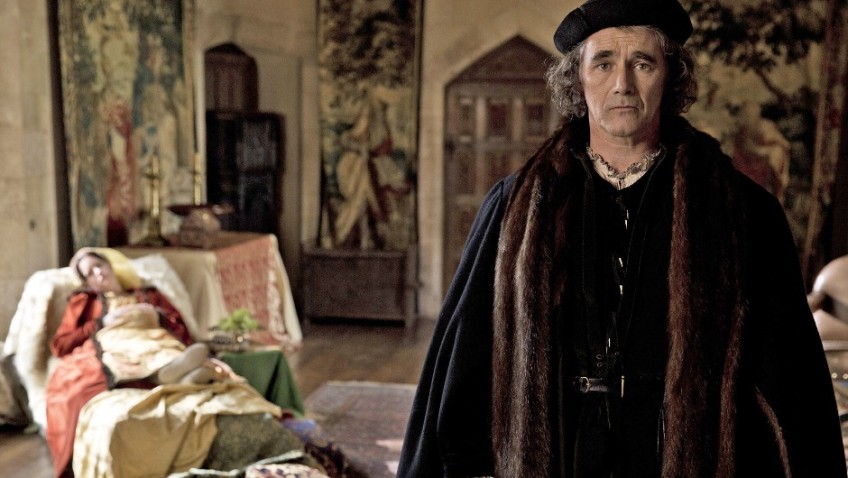 If you enjoy historical dramas, then, whatever you do, don’t miss Wolf Hall

WOLF HALL (BBC) is first-rate Tudor political drama, an instant classic: it looks and feels authentic. Hilary Mantel’s highly successful novels have been adapted for theatre and TV with great success. The story is of the fall of Wolsey (Jonathan Pryce) and the rise and fall of Anne Bolyen (Claire Foy). The focus is on Thomas Cromwell (Mark Rylance), who becomes the king’s closest adviser. Can he fix Henry VIII (Damian Lewis) with a new wife? Cromwell, portrayed more sympathetically than usual, keeps his cards close to his chest. There are lots of close-ups Rylance’s sad and enigmatic face, listening, observing, thinking, calculating; it is a riveting performance. Peter Kosminsky directs. If you didn’t see it on TV, catch up with it now.

NIGHTCRAWLER (Entertainment One). Dan Gilray directs this excellent adult thriller. Jake Gyllenhaal plays one of those modern Weege-like photo-journalists who race to accidents and scenes of crime in order to be the first to get lurid graphic footage of the dead and dying which he then sells to a morning TV station (run by a cynical and ruthless Rene Russo). Gyllenhaal exudes charm but it is the charm and menace of a mentally sick coyote. There’s good support from Riz Ahmed as his hapless, naive accomplice.

PRIDE (Pathe). Lesbians and Gays raise money for the miners in a Welsh village during the strike of 1984/85. The miners lost; but the Brits have a knack of turning failure into success. It’s a modest, feelgood, sentimental film about how solidarity and friendship partially overcame latent prejudice and open hostility. Homophobic miners are not pleased to be told one in five of them is gay. The film is not as gritty as Billy Elliott and Brassed Off and is much nearer in tone to the old Ealing comedies. Matthew Warchus directs a cast headed by Ben Schnetzer (gay activist) Paddy Considine (miner activist) and Jessica Gunning (Welsh wife activist).

SCHOOL OF BABEL (New Wave) is an interesting and touching documentary. Julie Bertuccelli spent a year in a reception class for children of recent immigrants. The school is in northern Paris and the boys and girls, aged 11 to 15, many of them asylum seekers, come from all over the world. They not only have language difficulties but behavioural problems. Watching the film has a sobering effect, making you wonder how well you would have coped as a young teenager in such circumstances. Bertuccelli is always compassionate; but you do wonder what the pupils, and their parents and guardians, actually thought when they saw themselves so exposed on screen?

HOW TO SUCCEED IN BUSINESS WITHOUT REALLY TRYING (Sony) is a witty satire by  Frank Loesser and Abe Burrows on corporate ethics based on a famous book of the same name. It traces the spectacular and unstoppable rise of J. Pierrepont Finch from window-washer to President of the Board. Robert Morse, repeating his Broadway role, is an engaging puppy, in the Mickey Rooney mould, and whose ambitious young man is the ultimate butter-wouldn’t-melt-in-his-mouth act. This 1961 award-winning musical is recommended to all lovers of Broadway musicals. It has had two highly successful revivals in New York, the last with Daniel Radcliffe.