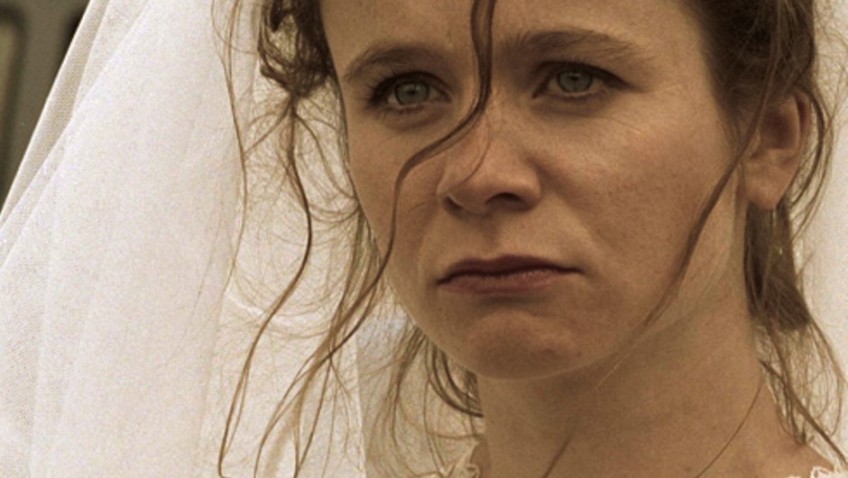 BREAKING THE WAVES (Artificial Eye). Lars Von Trier 1996 film is a raw and disturbing Christian parable on sex and faith, with a brilliant performance by Emily Watson in a fiendishly difficult role, which won her many awards. She plays a naive young woman, unstable and given to hysterics, who marries a Scandinavian oil rigger (Skellan Skarsgard) and is blissfully happy. He has a terrible accident and is paralysed.

He tells her to take a lover and she genuinely believes it is God’s will that she becomes a whore and that having sex with strangers will stop him from dying and heal him. The remote God-fearing community where she lives condemn her to hell. God welcomes her into heaven.

FINDING VIVIAN MAIER (Soda). This absolutely fascinating documentary is about the extraordinary discovery of thousands of undeveloped photographs and films. Charles Siskel and John Maloof pay tribute to a great American street photographer who only became famous after her death. None of her work was seen during her lifetime.

Maier (1926-2009), nanny, housekeeper, eccentric, hoarder of newspapers, recluse with a dark and mysterious side and clearly mentally damaged, was a masterly, creative and prolific observer and her images are striking.

THE GOLDEN DREAM (Peccadillo). Four vulnerable Guatemala teenagers, desperate for a better life, take a freight train journey through Mexico, in a dangerous attempt to get into the USA illegally.

They are harassed by police, security guards, thieves and kidnappers. Will they make it? And what will there life be like if they do get there? This bleak Mexican film, set in a lyrical countryside, directed by Diego Quernado-Diez (making an impressive award-winning debut) is in the same league as Sin Nombre.

MONTY PYTHON LIVE (MOSTLY) ONE DOWN, FIVE TO GO AT THE 02 LONDON (Eagle Rock). The Pythons are now in their seventies. Graham Chapman is no longer with us; hence the sub-title. Their nostalgic reunion sold out immediately. 15,000 people re-watched the crude, laboured and much-loved jokes about lumberjacks, kinky judges, and of course, dead parrots.

My favourites include the four Yorkshire men outdoing each other in their tales of childhood poverty, the game of football between ancient and modern philosophers, the Woman’s Guild recreating Pearl Harbour and Terry Gilliam’s hilarious animation.

FAMILY GUY Season Fourteen (Twentieth Century Fox). Watch it and it is difficult not to get hooked.

But and it’s a BIG BUT what is Seth MacFarlane doing killing off the much-loved dog, Brian?

An angry (and upset) public behaved in exactly the same way that the public behaved when Conan Doyle killed off Sherlock Holmes. Doyle bowed to public pressure. MacFarlane has not.

JERSEY BOYS (Warner Brothers).  Can the film repeat the success of the jukebox musical which has played and is still playing all over the world?  Somehow, I doubt it.

There are, of course, the songs, such as Walk Like a Man and Big Girls Don’t Cry and there is John Lloyd Young (as Frankie Valli) singing falsetto; but the script is all over the place and Clint Eastwood, a good director, is not really the right director for it. Christopher Walken (playing a mobster) puts on a Marlon Brando Godfather husky voice.