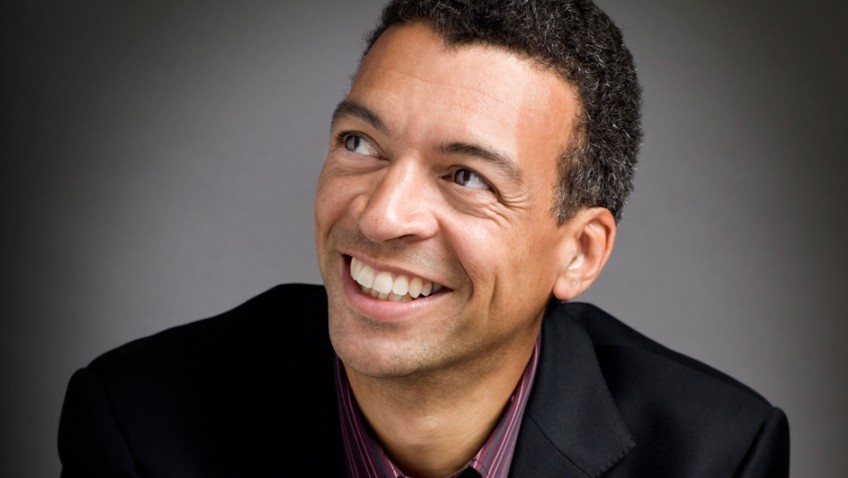 The Rime of the Ancient Mariner with music by Howard Skempton

Passionately urging that Britannia Rule the Waves, poignantly observing that Ol’ Man River keeps on rollin’ along, it was Roderick Williams’ sturdy baritone that filled the Albert Hall on 2014’s Last Night of the Proms. Operas, festivals, concerts and recitals take the 50 year old singer and composer all over the world, and now, from May, he’s also taken up the post as first ever Singer-in-Residence with Music in the Round, based in Sheffield.

Bringing with him the double bonus of a joyously sunny smile and a speaking voice as rich and engaging as his singing, Williams will be working on a brand new project over the next couple of years – the Schubert Song Cycle. And he won’t only be performing in concerts.

The former school teacher is particularly keen, too, to play his part in Music in the Round’s Learning and Participation Programme with its steadfast commitment to the sharing and spreading of the joy of music. It’s work that will have him collaborating at various locations with people from school age to more mature years and of varying musical experience.

And what better way to herald Roddy’s arrival as Singer-in-Residence than with a performance of a work commissioned by Maurice and Sheila Millward and specially composed for him by Howard Skempton – The Rime of the Ancient Mariner. Based on Samuel Taylor Coleridge’s 1798 epic poem, it premiered in London last year.

Not surprisingly, even cut by a third, this is the longest poem Skempton has set to music. In his pre-concert talk, the composer emphasised how vital it is the focus be kept always on the words and on Coleridge’s insistent rhythm that pulses like a heartbeat as the eerie drama unfolds. Over its 35 minutes, there’s a haunting, chilly lilt and list to Williams’ baritone as he tells the tale, as if the chill still hangs about him.

With its repeated melodic lines and hypnotic, rhythmic, wave-like ups and downs, it often has the feel of a chant, suspended on the air, or of a sea shanty, quietened and slowed to a ballad, which compels the listener draw ever closer to listen. Williams’ clarity of diction and supreme skill in conveying narrative arrest and transfix the listener as the old mariner does the wedding guest. With the last two verses of the poem cut, instead of coming back full circle to the wedding guest and the wider moral implications of the tale, it’s the mariner himself who leaves us to draw the moral for ourselves.

Skempton’s accompaniment for piano quintet, French horn and double bass is sparse and economical. Long, deep, lingering drone notes from bass and cello support the eerie, icy grip of the tale when the other players remain silent. At other times, together or separately, they provide rich doublings or unsettling counterpoint. The sparseness and simplicity of the score contrasts starkly with the earlier demands on Ensemble 360’s players for rich, breathtaking virtuosity in Beethoven’s Op59 No2 Razumovsky String Quartet, but Skempton’s simpler scoring is serving, of course, as the vehicle for singer and story. It’s certainly something that gives new wings to the revitalised Albatross which now can take flight in musical circles as well as in literary ones.