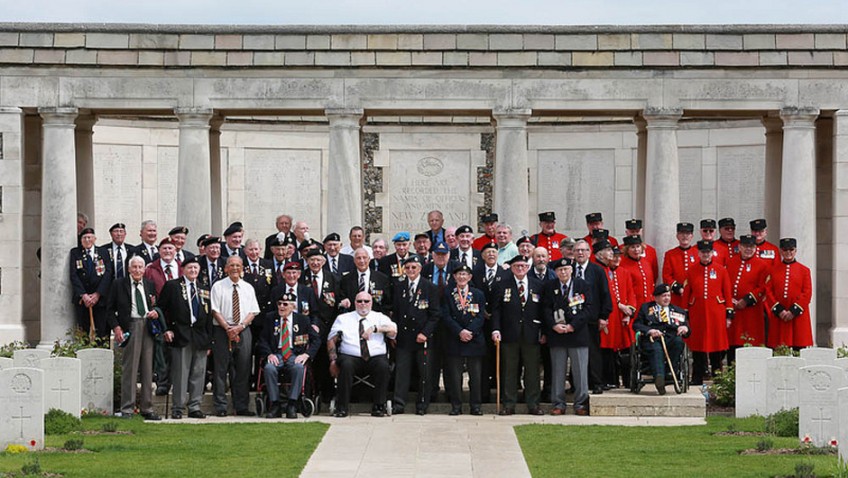 WWII veterans pay their respects at an emotional ceremony

Scores of London cabbies have forgone their fares to transport war heroes to the battle fields of Belgium.

The 64 London taxi drivers, who have given their services for free to the Taxi Charity – also known as the London Taxi Benevolent Association For War Disabled – have spent the last three days with 98 veterans in the town of Ypres. 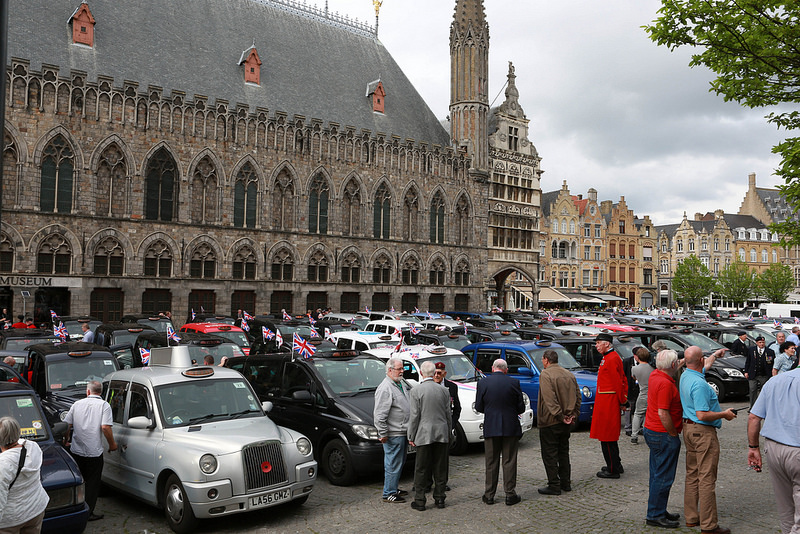 Now known by its Flemish name of Ieper, the town was called ‘Wipers’ by the hundreds of thousands of British troops who were stationed in the region between 1914 – 18.

The highlight of the trip was a service at the Menin Gate memorial (Wednesday 11 May) where the last post is played every evening at8pm. The names of the 54,332 British, Irish and Commonwealth men who fell in the region during WWI and have no known resting place are engraved on the monument.

Veterans and children from a school in Antwerp laid wreaths and were joined by the British Ambassador to Belgium, Alison Rose.

“I am so grateful to the Taxi Charity for organising this year’s visit to Ypres for veterans and war disabled,” said Ms Rose.

“It was my privilege to join the veterans, the cab drivers and the organisers yesterday evening at the daily commemoration under the Menin Gate, organised so faithfully by the people of Ieper. And today Ieper [Ypres] Barracks will host a military parade in honour of their visitors.

“Thank you, Taxi Charity for all you do to support those who have served and for helping us to remember those who did not come back.”

The WWII war heroes, who hail from across London have also visited the Passchendaele Museum, commemorating the bloody Battle of Passchendaele (31 July – 6 November, 1917), the historic Cloth Hall and the Tyne Cot cemetery. 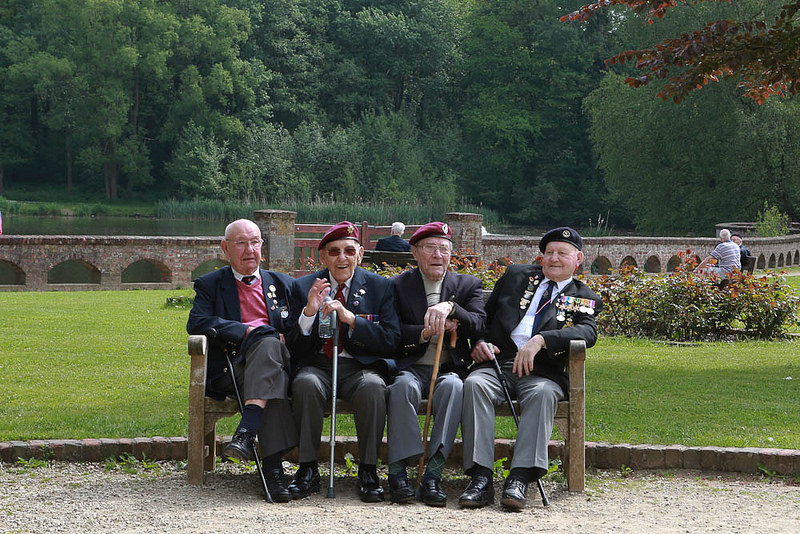 Taxi Charity Committee member, Paul Davis said: “All of our drivers are working cabbies who are giving up their time freely to pick up the vets from their homes across London and give them a memorable experience and the opportunity to pay their respects to those who tragically lost their lives on the WWI battlefields.”

Honorary Chairman, Gary Belsey added: “We’ve had amazing and emotional pilgrimage to honour those who paid the ultimate sacrifice.”

Last year, the Taxi Charity organised a trip to Arnhem to commemorate the 70th Anniversary of the Liberation of The Netherlands and took an active role supporting and transporting veterans to the VE and VJ ceremonies.

Only licensed London taxi drivers can drive for the Taxi Charity and veterans take an active part throughout the year by collecting donations across the capital.

The charity counts Dame Vera Lynn and Joanna Lumley among its patrons.

To find out more about the Taxi Charity or to donate to its work, visit the website www.taxicharity.org