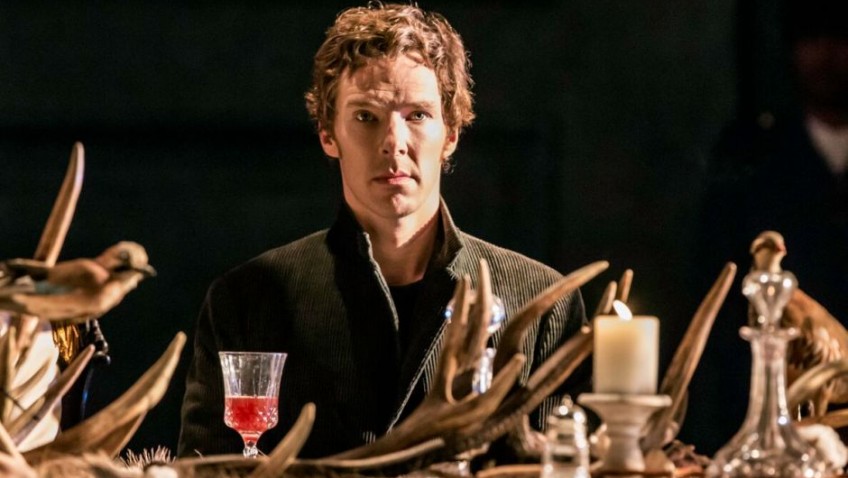 The most eagerly-awaited Hamlet in years

All the great actors have wanted to play Hamlet ever since Burbage played him at the Globe in 1601: Garrick, Kean, Macready, Booth, Irving, Bernhardt, Gielgud, Olivier, to name but a few.

The most recent have been Beale, Wishaw, Tennant, Law, Kinnear and Sheen. There is no such thing as a definitive Hamlet Anastasia Hille as Gertrude and Benedict Cumberbatch as Hamlet

When it was announced in August last year that Benedict Cumberbatch would play Hamlet at The Barbican, the ten week run was immediately sold out. The production has been under terrific pressure ever since.

In the past West End plays very rarely opened cold. They would tour the regions in order to get the performance right. Nowadays plays in London usually have six to eight previews. A musical might have twice that number. Cumberbatch had 20 previews.

Some newspapers broke the embargo and reviewed Hamlet at the very first preview; and, not surprisingly, caused outrage in the theatrical and critical professions. During previews any play is still a work-in-progress and should be respected as such.

Actor Eddie Marsan in a tweet asked one critic how she would have liked it if the first draft of her review had been published. Adding enormously to the pressure some of Cumberbatch’s fans (affectionately known as the Cumberbitches) were actually photographing and recording the play during the performance, a major distraction to actors and audiences alike.

On the night I went the audience behaved perfectly.

The play has been heavily cut and re-arranged. Lyndsey Turner’s production begins with a bit of gratutous mime and the Prince playing  his gramaphone before moving to Scene 2 which is set during a banquet. The famous opening with the Ghost on the battlements has gone.

Es Devlin’s set is enormous and has a steep staircase which leads to a landing on which some of the scenes are awkwardly acted.

Cumberbatch is a fine actor and potentially an ideal intellectual Hamlet. He speaks the soliloquys extremely well; but the production is just not good enough. His most original touch comes when he puts on the “antic disposition”, and dresses up as as a toy soldier and plays in a toy castle. He looks as if he were in a production of The Nutcracker.

The rest of the cast has little opportunity to make any real impact. Osric’s comic cameo has gone for a Burton.

The high spot is Ophelia’s mad scene which Sian Brooke acts out in a bombed Elsinore piled high with rubble; it’s undeniably a striking image, but it is not helpful when the rubble has to stay there for the rest of the play.