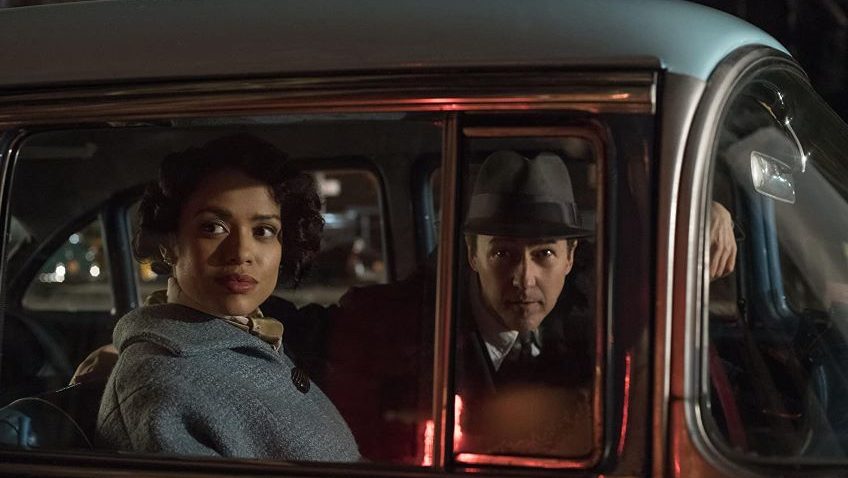 MOTHERLESS BROOKLYN (Warner Bros Home Entertainment). Edward Norton writes, directs, produces and stars in his adaptation of Jonathan Lethens’s novel. This classy, stylish, complex, adult parody of a film noir detective story set back in the 1950s has taken 20 years to come to fruition. Norton plays a New York Private Eye (with Tourette’s syndrome) who is determined to track down the killers of his boss and mentor. It’s a great role for him, shouting and swearing and jerking his head involuntary all the time. There is high corruption in high places. The mayor is in league with a ruthless, racist developer who is displacing the black community and rebuilding the city. Alec Baldwin these days is best known for his impersonation of Donald Trump on American television; and so, his casting as the baddie gives the baddie an extra resonance. Gugu Mbatha-Raw is cast as the activist fighting gentrification.

KNIVES OUT (Lionsgate). A traditional country house murder is always popular. A highly successful and very rich crime writer (Christopher Plummer) celebrates his 85th birthday by cutting his deeply divided family out of his will and getting murdered. Or was it suicide? A private detective (Daniel Craig) is already on the premises. The intriguing script, written and directed by Rian Johnson, is so convoluted it might be well worth your while watching it twice. There’s an interesting ensemble of actors, including Ama de Armis as a nurse, and an amazing amount of bric-a-brac.

STREET (Verve). Gentrification, austerity and Brexit take their toll. Photographer Zed Nelson’s sad and compassionate documentary takes a look at Hoxton Street in East London over a four-year period and observes a working-class community, struggling to deal with rapid change and soaring prices, breaking up and forced to move out. Shops, pubs and the bakery close and are replaced with luxury flats, trendy bars and art galleries. The street is no longer the same. Oldies, born in Hoxton and who have lived there all their lives, are interviewed and speak out.