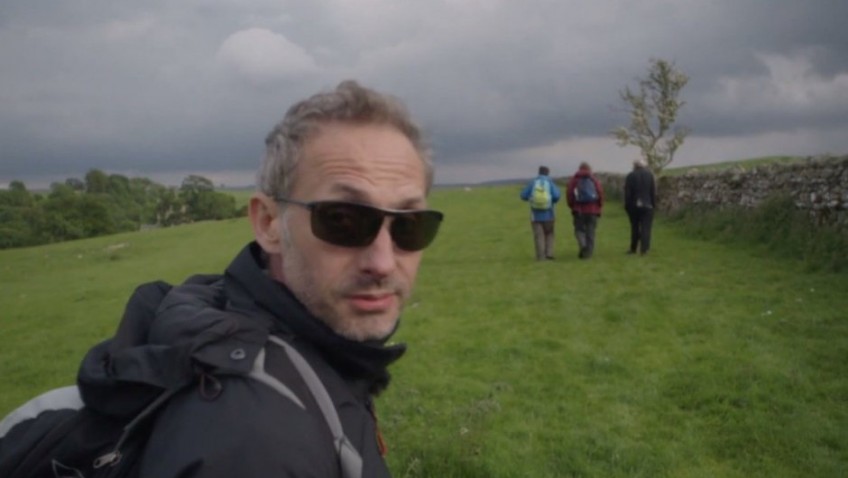 It’s all been downhill since whenever

DOWNHILL (Crisis Films) is a road movie on foot from St Bees in Cumbria to Robin Hood’s Bay in North Yorkshire. The small screen suits this low-budget, somewhat bleak mid-life crisis comedy well. Four middle-aged men (Richard Lumsden, Karl Teobald, Jeremy Swift and Ned Dennehy) reunite and renew their friendship, which dates from adolescence, with a 192 mile coast to coast walk. The scenery is OK but relationships are soon strained. The men moan, quarrel, drink too much and sometimes behave badly. The gimmick is that the rambling script has been scripted, directed, acted and filmed by Simon Rouse as if it were an actual documentary.