Home / LIFESTYLE / REVIEWS > / THEATRE REVIEWS / “I don’t want to be a funny person. I want to be a comedian.” 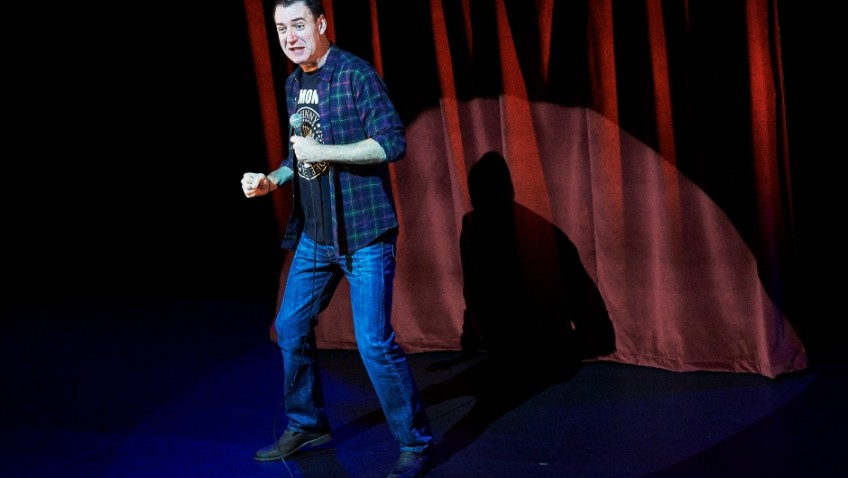 Stand-up comedy is a risky business and getting it right can be difficult. Owen McCafferty’s play arrives in London from The Lyric Theatre, Belfast and The Abbey Theatre, Dublin.

McCafferty has something interesting to say about stand-up comedy. Some theatregoers will, inevitably, be reminded of Trevor Griffiths’ vastly superior The Comedians.

This particular comedian wants fame and fortune. Does this mean he will have to sell out? Yes, it most certainly does.

We watch him perform four gigs in which his comedy act gets progressively cheaper and cheaper as he becomes more and more popular.

Brian Doherty is totally convincing as a third-rate stand-up comedian and also as a sad man who is worried that he is not being funny.

The major problem of the script is that he never had a good original act in the first place from which to spiral downward. Doherty gets admirable support from Katie McGuinness as his sensible girlfriend and from Shaun Dingwall as his fast-talking agent, a devilish comic stand-up performance in its own right.

The Soho audience is uncertain whether they are watching a play or a stand-up act and do not know whether to laugh and take a pro-active role or not.

It’s an issue McCafferty and his director, Steve Marmion, haven’t solved yet.