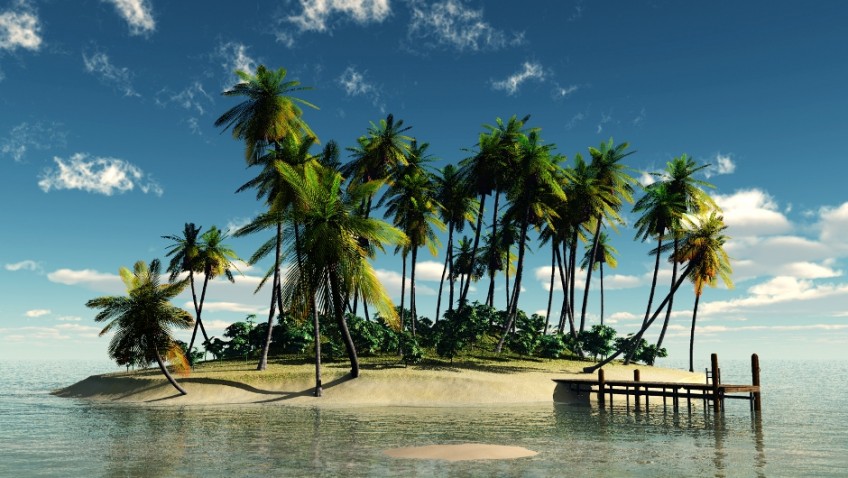 I have been an avid listener of Desert Island Discs over the years and in May 2011 when listeners were asked to submit their own choice I spent hours mulling over my top 8 pieces of music.  I thought I had it sorted and then another selection sang in my head.  And as for choosing one favourite book to take and a luxury….!

History of the programme

Late one evening in 1941, freelance broadcaster Roy Plomley was at his home and already in his pyjamas, when an idea came to him. He sat down and wrote immediately to the BBC. That letter reached the in-tray of the BBC’s Head of Popular Record Programmes, Leslie Perowne. The pitch was successful and a broadcasting institution was born.

That first Desert Island Discs was recorded in the BBC’s bomb-damaged Maida Vale studio on 27th January 1942 and aired in the Forces Programme at 8pm two days later. It was introduced to the listening public as “a programme in which a well-known person is asked the question, if you were to be cast away alone on a desert island, which eight gramophone records would you choose to have with you, assuming of course, that you had a gramophone and an inexhaustible supply of needles”.

Plomley’s first castaway was the popular Viennese comedian, actor and musician, Vic Oliver. The first piece of music chosen by Vic Oliver, and therefore by any castaway, was Chopin’s Étude No.12 in C minor played by pianist Alfred Cortot. During these war years, every BBC Radio show was scripted and Plomley and his guests would ‘read’ their conversations. On 7th May 1942 Roy Plomley made his first appearance as a castaway when the programme was presented by Leslie Perowne.

The programme came off air in 1946 returning to the Home Service in 1951. On 16th September that year, the choice of luxury was introduced when garlic was chosen by the actress Sally Ann Howes. The choice of book made its first appearance on 9th October 1951 when actor and director Henry Kendall chose Who’s Who in the Theatre.

According to Roy Plomley’s book, Desert Island Lists, in addition to the volume of Shakespeare, the castaways would be given a copy of the Bible, which was assumed to have been deposited there by The Gideon Society.

In September 1967, Desert Island Discs transferred to the newly created Radio 4 service. Roy Plomley continued to present the programme until his death, from pleurisy, in May 1985. He was 71. He was replaced by Michael Parkinson who dispensed with the ritual of the pre-recording lunch at Plomley’s club, the Garrick, and insisted that the music was played to the guests during the recording rather than edited in afterwards. Parkinson presented the last of his 96 programmes on 13th March 1988, when his guest was the athlete Brendan Foster.

Sue Lawley became the first female presenter and over the following 18 years, Lawley, a former Nationwide presenter, interviewed 750 people from all aspects of public life including politics, entertainment, science and sport. Describing the role as “one of the best jobs in broadcasting”, Lawley left Desert Island Discs in August 2006 and was replaced by journalist and broadcaster, Kirsty Young. During her tenure in the chair the programme has become available to listen again online and is available as a download.

Over the decades there have been hundreds of famous names who have made their choices and on the BBC website there are 1,500 programmes available for access.  The variety of guests is staggering from Politicians, Movie Stars, Royalty and celebrities from all walks of life.

While I enjoy listening to the music for me the most fascinating aspect is the way that the interviewer manages to elicit facts about the castaways.

I have learnt more about a personality from listening to Kirsty Young ask pertinent questions, than any other sources.  This is not a celebrity interview but a way of bringing out details about their lives.

The top eight music selections from the public for that special programme in 2011 are below:

Do you have a list ready in case you are asked to appear?  We are really interested to know what music has become an important part of your life.