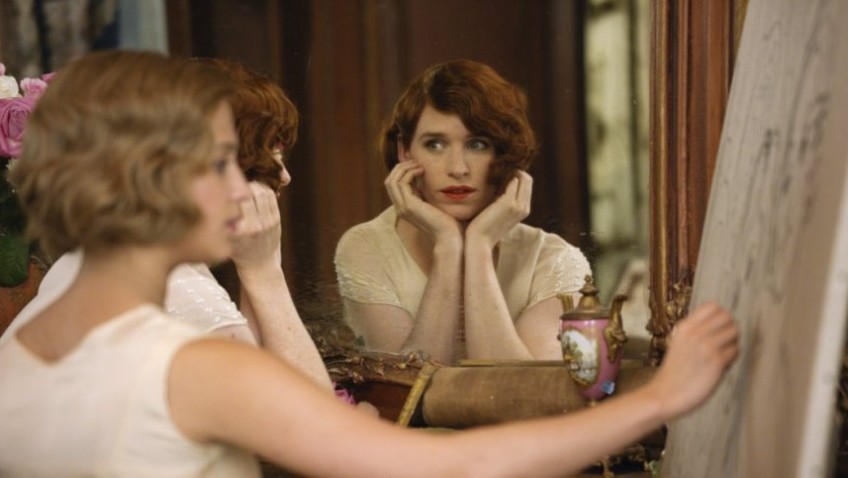 The Danish Girl is the fascinating, tragic story of Danish painter Einar Magnus Andreas Wegener, possibly the first person to undergo sex reassignment surgery back in 1930.  Tom Hooper’s new film might seem light years apart from his Academy Award and BAFTA winning The King’s Speech, but the similarities are worth noting.

Both films are beautifully lit and filmed by Danny Cohen and are based on true stories of a strong man who overcomes a physical affliction to fulfil his destiny with the help of a loyal, loving wife and an independent-minded doctor. In both films the timelines are seriously altered and condensed, although the key action in each film takes place in the 1930s. As with The King’s Speech, in The Danish Girl Hooper romanticises the lead character’s struggles and triumphs and delivers an inoffensive, middle-ground, conventional treatment to a sensitive subject.

While The King’s Speech contains some obvious historical inaccuracies for dramatic effect, The Danish Girl, already based on David Ebershoff’s fictionalised novel of the same name, is even more fictionalised.  But if Colin Firth was perfect casting for George VI, the same cannot be said of Eddie Redmayne as Lili Elbe. Enjoying a happy marriage to the successful landscape painter Einar Wegener (Eddie Redmayne), struggling portrait painter Gerda Gottlieb (Alicia Vikander) begs Einar to fill in for a female model (the Danish ballerina Ulla Poulsen, played by Amber Heard) who has cancelled.  Something clicks as Einar discovers he is more comfortable dressed in feminine finery.   A bemused Gerda indulges Einar, passing him off as his sister, Lili Elbe.

When Lili all but replaces Einar, however, the couple are forced to leave conservative Copenhagen for the freedom and anonymity of Paris. The truth that the model for Gerda’s art deco women is her own husband eventually gets out.  After consulting a series of clueless doctors, who recommend everything from radiation therapy (actually administered) to a lobotomy and a straightjacket, Lili finds the sympathetic Dresden-based Dr Warnerkos (Sebastian Koch). Honest as to the dangers and his lack of experience, but recognising Lili’s pain, Warnerkos is willing to experiment with what is thought to be the world’s first gender reassignment surgery. Redmayne, who is tipped for his second consecutive Oscar after The Theory of Everything, exhibits flashes of brilliance, conveying Lili’s vulnerability and the tragedy of Einar’s predicament.  If Lili’s (real life) obsession with Dr Warnerkos had been developed in the film, those scenes might have enhanced our understanding of Lili’s desperate state of mind.

But despite his intelligent acting, Redmayne never becomes a woman in the way that Hillary Swank’s Teena Brandon transformed into Brandon Teena in the true story, Boy’s Don’t Cry.  The sex scenes between Swank and the very feminine Chloe Sevigny are actually sexy and thoroughly credible.

While Redmayne might be described as more pretty than handsome, pretty looks are not the whole story, particularly when cast along side the beautiful and petit Gerda (who looks uncannily like the real Gerda).  Bony and taller than Gerda or any of the women at the party sequences, with an enormous set of white teeth in a Cheshire Cat smile, Redmayne’s Lili looks nothing like the tulip lipped-fleshy model whose portraits saw Gerda’s sales rocket. In real life, there was some speculation that the two married to keep their homosexuality hidden and in the film, the character of Hans Axgil is introduced to reflect Einar’s boyhood crush.

It is perhaps significant that when Gerda did remarry in 1931 (the year of Lili’s death) her marriage to an Italian diplomat and officer was short lived.

Although Hooper does show Lili and Gerda living more like sisters than husband and wife, we never understand the true nature of the marriage or how Gerda and Einar could have lived together for 26 years before the sex change operation, and the annulment of their marriage as a result. Hooper evades that problem by condensing the time into what seems like a couple of years.  In fact, there is little sense of time or place anywhere in the film.

While two A-list stars, Ben Whishaw and Matthias Schoenaerts, are added to the cast, their roles in the film are misjudged and confusing in terms of Lili’s sexual identity.

Whishaw plays a homosexual dandy named Henrik who falls for Lili at a party, although his interest in a hardly convincing woman or in a transgender male-to-female is never clarified.  Schoenaerts has a larger role as Hans Axgil, an art dealer who, as a boy, kissed Einar. Although unmarried, the adult Axgil seems to have outgrown his boyhood homosexuality and, while supporting his old chum Einar, pursues a union with Gerda.

A melodramatic, romantic ending does not do the film, or the truth of the horrendous butchery that eventually killed Lili’s dreams, any favours.