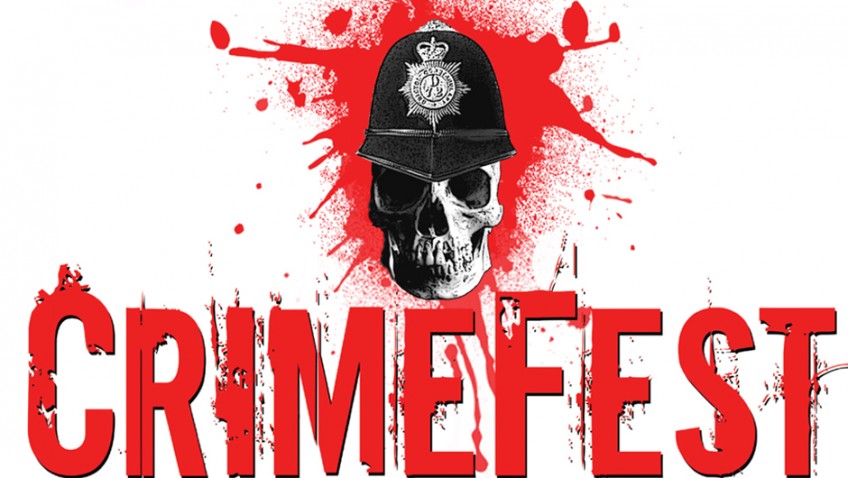 CrimeFest is a popular event show casing the crime-writing genre in all its gruesome glory and has become one of the biggest gatherings of crime writers in Europe. It was again held in the Marriott Hotel in the centre of Bristol, attracting crime-writing aficionados from all over the globe. Some of the best and most popular authors discuss their work and give an insight into the dark and sinister world of crime fiction.

Best-selling authors and aspiring writers mixed with us readers in an atmosphere of mutual enthusiasm for the genre. Young novelists who have created the trendy psychological tales, such as Sarah Pinborough and Claire Douglas were featured as well as four of Iceland’s queens of crime representing the scandi-noir revolution.

The event centres on a programme of discussion panels and interviews with guest authors. Both panellists and the participating moderators were all acknowledged crime writers and provided a wonderful insight into the process of developing a character, the rigors of background research and how to make police and legal procedures realistic.

Discussions were not restricted to the panel session with plenty of networking and friendly debate taking place between writers, readers, and publishers over coffee or a drink in the bar. For aspiring authors there was also the added bonus of having the opportunity to speak to potential agents.

The traditional ‘golden age of crime’ is still hugely popular and the works of Agatha Christie and Sir Arthur Conan Doyle are still revered today.

We attended a fascinating discussion by four writers who are using Agatha and Sherlock Holmes as their protagonists. Alison Joseph, member of the Killer Women group of writers, has taken the character of the 36-year-old Agatha and placed her in situations where, despite her reluctance, she helps to solve murders, a sort of English Jessica Fletcher (Murder She Wrote).

The authors’ estates have commissioned new adventures for Ian Fleming and Agatha Christie characters. Sophie Hannah has taken on the task of creating new Poirot stories with The Monogram Murders and Closed Casket, and has another two in the pipeline; Andrew Wilson has just published A Talent for Murder which is an intriguing and inventive take on what happened during Agatha’s mysterious disappearance in 1926, and Anthony Horowitz has written Trigger Mortis, a critically acclaimed James Bond novel.

Speaking of Anthony Horowitz, we attended an interview he gave to the writer and broadcaster Barry Forshaw. Anthony Horowitz must be one of our most prolific authors of TV screenplays (Midsomer Murders, Foyle’s War), film screenplays (The Gathering) crime thrillers (The House of Silk, Magpie Murders) and children’s series (Alex Ryder) and he is due to publish his second James Bond novel next year.

Horowitz himself is a fascinating character. He is engaging, informative and witty and was only too happy to share his thoughts on his life and work with us and held his large audience captivated. I am sure that in time new writers will use his characters, or even himself, as protagonists of new thrillers.

Ann Cleeves is best known for her crime thriller series Shetland and Vera on which the popular TV series are based and is widely seen as one of the best evokers of landscape writing today. The Crime Writers’ Association (CWA) announced that this year’s CWA Diamond Dagger, the highest honour in British crime writing, was to be awarded to Ann in recognition of her high calibre writing and her significant contribution to the crime-writing genre.

The interview she gave to the journalist and critic Jake Kerridge was really interesting, covering her early years as a bookish daughter of a village head master, meeting her ornithologist husband, life on remote RSPB reserves and early family life in Northumberland, which as well as being home is also an inspiration.