As campaigning hots up for the UK’s 7 May 2015 general election, the National Campaign for Courtesy has issued a 5-point General Election Courtesy Guide for all political parties and election candidates.

Politicians topped the table in the Campaign’s 2014 ‘Diminished Trust’ poll and the charity has previously sought to improve behaviour at Prime Minister’s Questions.

With the prospect of a month of insults during election campaigning, it hopes the Courtesy Guide will encourage candidates to focus more on policies. 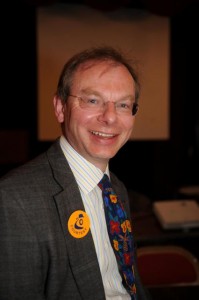 “We created and issued the guide in response to fears that this election will be fought with insults and abuse rather than logical argument about policies and demonstration of candidates’ suitability for office,” explained Robert Zarywacz of the National Campaign for Courtesy.

“However, we see from Prime Minister’s Questions, in the press and on social media that policies are often forgotten under a barrage of insults when they are what matter most to the UK’s population.

“And in our own 2014 ‘Diminished Trust’ poll, politicians topped the table of those in whom respondents had lost trust.”

The 5 points of the National Campaign for Courtesy’s General Election Courtesy Guide are:

The National Campaign for Courtesy does not believe the five points will stifle debate.

“Election campaigns need to be energetic and exciting to attract more people to participate in the political process,” continues Robert Zarywacz. “They are an opportunity for candidates to stimulate debate so that we all examine the issues, open up our minds to change and use reliable information to decide which policies and candidates will be most effective.

“If televised debates go ahead, we hope these guidelines will help to make them informative and useful rather than a spectacle that distracts viewers from the important task of electing an effective government.

“By observing our five guidelines and campaigning courteously, candidates can demonstrate their political vision and leadership qualities to the electorate.”