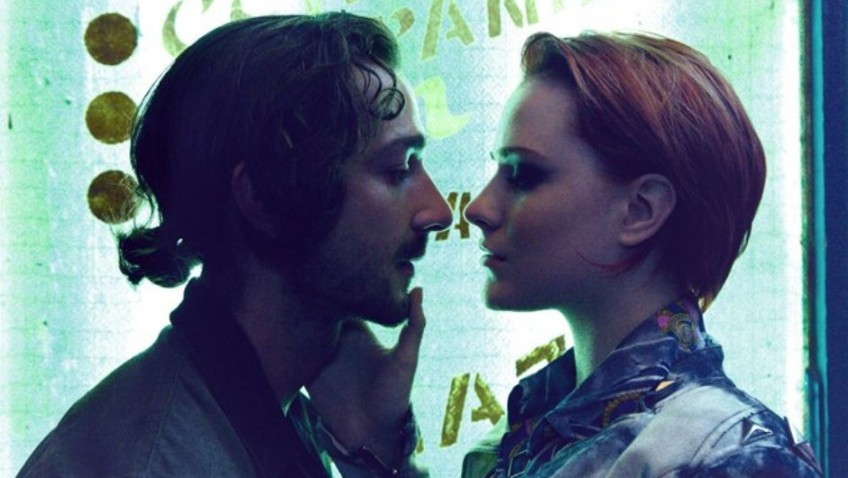 A confusing performance of Charlie Countryman

This curious title is not the least of Charlie Countryman’s (Shia LaBeouf) problems.  His father, (a cameo role from Vincent D’Onofrio) looks nothing like him and his mother’s (Melissa Leo’s) has just died. To make matters worse, she reappears as a ghost to suggest he take a trip to Bucharest for a change of scenery.  Actress Aubrey Plaza appears long enough to ask Charlie if he doesn’t mean Budapest. A running joke in this film is that no one’s mother would knowingly send her son to Bucharest.  Fredrik Bond’s feature film debut is not only miscast, but the cast are largely wasted in Matt Drake’s cheesy, utterly pointless script.

Charlie’s problems continue in the airplane when a friendly Romanian seated next to him drops dead. It is left to Charlie to give the man’s cellist daughter, Gabi (Evan Rachel Wood with an accent), a gift and a message. Naturally, he falls for her. Having a pretty, female friend in a foreign city is hardly the end of his problems, however, because Gabi happens to be married, though apparently separated from, her very jealous, gangster husband Nigel (Mads Mikkelson).  Nigel is one thing, but both Nigel and Gabi are involved with a psychopathic Romanian Mafioso, called Darko no less (Til Schweigner)

Bond might feel that any damage done to Bucharest’s fledgling tourist industry by the clichés in his film can be redeemed by sending Charlie to a youth hostel where everyone is friendly, nice – and high on drugs and alcohol. The idea of sharing a filthy, cramped room with the perpetually stoned goons Carl (Rupert Grint) and Luke (James Buckley) is more of a punishment than anything Darko could inflict.

The biggest problem with The Necessary Death of Charlie Countryman is that it is Shia LaBeouf’s Charlie who looks like your stereotypical Romania criminal.  With his little black beard, long, greasy, slicked back black hair, big nose (bloody throughout most of the film) and skinny frame, he is the picture of sleaze. You can just imagine him waiting near your ATM to extract some cash with your pin number.  This puny punk can’t hold a candle to Mads Mikkelson (The Hunt, A Royal Affair, Flame and Citron) on a bad day.  Mads is such a charismatic, handsome and compelling actor, that even with a shallow, nasty part like this, you know where Gabi really wants to be.