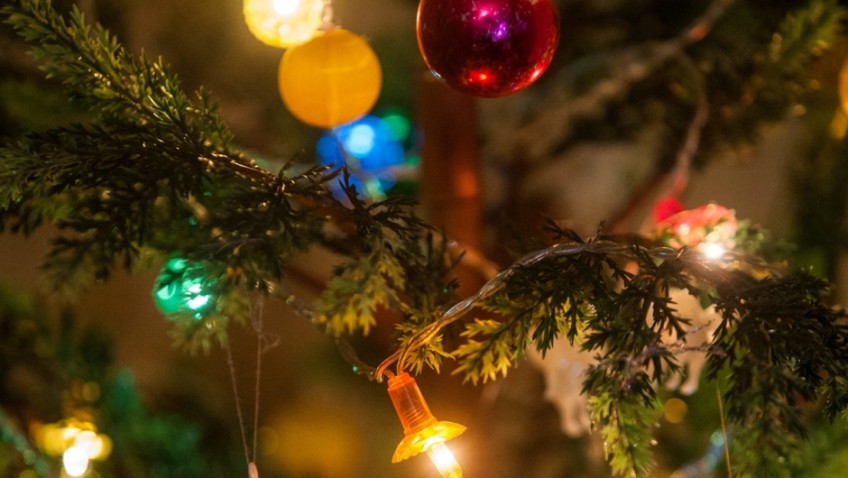 The changing face of Christmas

There are plenty of things that we all love to have a good moan about. A lack of trust for politicians, inconsistent weather and of course at this time of year, Christmas items appearing in shops far too early. The latter is only possible because Christmas is now a massive commercial opportunity. Companies that have no discernible link to the Yuletide season such as legal firms and repair garages send out tenuous marketing information. Decorations appear on the shelves in October, and we start thinking about Halloween and Christmas at the same time.

Anecdotally, it doesn’t seem as if it was always this way. In fact, back in the distant mists of time, did we or anyone even mention Christmas before December 1 on any given year? Well according to this article in the Telegraph, we’ve actually been complaining about the early onset of Christmas for decades, both on this side of the Atlantic and across the pond. Thanks to an analysis of internet search trends compiled by the Royal Statistical Society it appears we now start to think about Christmas on August 19 some years. Yes, really.

The John Lewis advert is a case in point – a phenomena for the noughties. Released in late October or early November, the sentimental minute-plus production features a mix of cute animals or elderly people, the message of giving or caring, a song re-recorded with an acoustic backing, and one or more John Lewis products. The department store actually took a three-year hiatus from festive advertising before returning in 2007, shying away from a message of consumerism. However, 2011 was the year that the strategy really paid off with ‘The Long Wait’. At the time of writing, last year’s “The Man on the Moon” has been seen nearly 25 million times. And we love it! Despite the rampant consumerism of events such as Black Friday, the theme of giving, of treating, of enjoying and of overindulging has existed for centuries. Indeed, Queen Elizabeth I was partial to receiving financial gifts from state officials and even set the amount herself – an Archbishop was required to give the gift of £40 – more than £10,000 in today’s money. The bigger cities set up drinking and gaming booths on the frozen Thames for the Frost Fair in the 17th Century, where traders could sell goods, crafts, and toys to customers. During World War Two families made their own presents for each other, but by the 60s mass produced toys had flooded the market. Top-selling toys in 1966 included Action Man – the first mass marketed doll for boys – while the humble Spirograph followed a year later. In the 70s the toys most desired included the Evel Knievel stunt cycle (1973), Stretch Armstrong (1976) and something called Star Wars (1979).

In the 1980s Teddy Ruxpin, Cabbage Patch Dolls, View-Masters and Transformers were wildly popular, before Mr Frosty, Buzz Lightyear and Power Rangers took over in the 90s. While these toys might seem wildly divergent there are a few common themes such as technology, dolls, interactivity and gaming, and excitement. Of course, internet sales have forever changed the dynamics of shopping across the year, and not just at Christmas. According to internetretailing.net we spent £24bn on online shopping last Christmas, up by 12%, with online sales during ‘Black Friday week’ up a massive 62%. While in the mid-90s we may have desired receiving a PC or mobile for Christmas, we’re now using those devices to actually buy our gifts – and in many cases design them – from our sofa. The market for personalised presents such as prints, mugs, canvas designs and Christmas cards from a company such as Photobox is gigantic. It’s a long way from the market traders on the Thames.

Dickensian-age postcards and pictures, and of course the great author’s novels themselves, show that decadence and overindulgence has been a major part of the Christmas period for at least 150 years, but probably much longer. In Medieval times for those who could afford it, woodcock and even swan were on the menu, while by the Victorian era we savoured mince pies made from real mince and finally, turkey. Thankfully now most of us take the time to tuck into our roast dinner and sweet mince pies, but it wasn’t that long ago that this was literally impossible. During World War Two celebrations were dramatically scaled back as the country changed its resources. Campaigns such as the ‘War Savings Christmas’ encourage people to cut out frivolous spending, and many concentrated on making their own presents and decorations for friends and family.

Thousands of families were broken up or moved away from the major urban areas for their own safety. Turkey made way for chicken, or even rabbit or mutton, while sweets were a rare luxury. The post war years saw a return of traditional fare, while the kitsch 60s and 70s saw the introduction of trifles, tins of Quality Street, satsumas and sherry, among other morsels. Now, as well as our usual grub, we’re moving towards a more varied and worldwide menu – prosciutto, pear and blue cheese canapes, anyone?

Many of us eating their Christmas meal will be listening to The Royal Christmas Message, which has actually been a mainstay of the festive period since 1932 when King George V broadcast on the BBC – albeit only radio. It apparently took a decade to convince the monarch to do so, and when it did arrive the live broadcast mainly concentrated on the marvel of technology that allowed it to take place, intermingled with messages of prosperity. The message was televised for the first time in 1957. If you’re struggling to remember the theme in 2015 – by now recorded, available on tablets and mobiles, and even available in 3D – the Queen urged her audience to find hope in ‘moments of darkness’; many would say it was advice well chosen given 2016’s tumultuous times. Coincidentally, Darkness were on everyone’s playlist in 2003, when they were pipped to the Festive number one spot by Gary Jules and the evocative ‘Mad World’, from the film Donnie Darko. In the years since no less than seven X Factor ‘stars’ have taken the title, including Leon Jackson, Matt Cardle, Sam Bailey and Shayne Ward, and in 2009 ‘Killing in the Name’ only ascended to the top as a protest vote.

However, there was a time when the Christmas number one was really important – particularly in the 1970s heyday. Merry Christmas Everybody (Slade, 1973) was followed by Lonely this Christmas (Mud, 1974) and When a Child is born (Johnny Mathis) two years after that. The Slade single sold half a million copies in a week, and was apparently so popular that Polydor records needed to arrange to have 250,000 discs sent from Los Angeles. For comparison, last year’s number one A Bridge Over You by Lewisham and Greenwich NHS Choir sold just 127,000 copies. Despite these changes, there are also many similarities between Christmases past and present. The tree and decorations; alcohol and merriment; and families and friends. There’s no other time of the year when one should feel so close to their loved ones, and appreciate the delight of children. If this piece is written in 100 years’ time, hopefully that joy will have remained the same.