Home / NEWS / We can be heroes 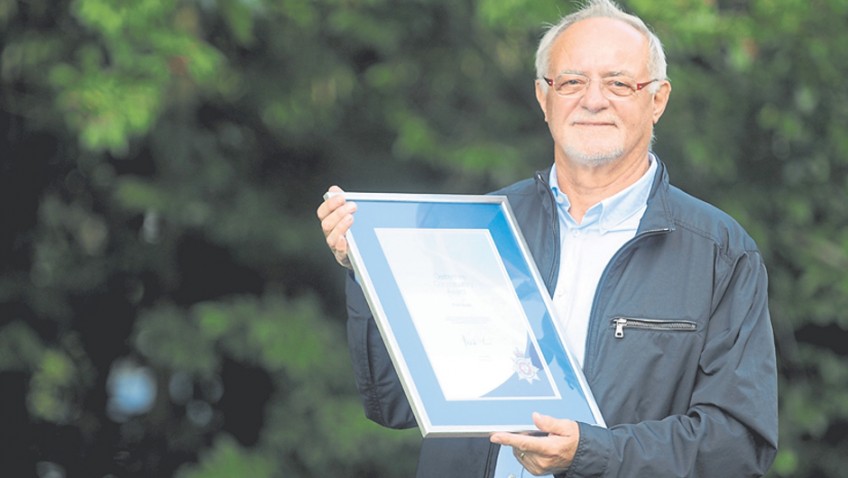 We can be heroes

The police have praised three have-a-go hero pensioners with a combined age of 229 after they spotted a crime-spree burglar – and tackled him to the floor.

The trio were returning from lunch when Peter Mueller, 70, opened the front door to find Stephen Ward standing with a bag of jewellery.

Without thinking, Peter, flanked by relatives Adly Gorrafa, 81, and Sheila Gorrafa, 78, threw themselves at Ward and wrestled him to the ground.

The pensioners, dubbed The Three Musketeers, simply dusted themselves down when the force arrived while Ward lay sheepishly on the grass.

A police officer was heard saying: “We need an ambulance there’s a gentleman who’s been bitten and there’s a lady who’s been quite badly bruised.”

Ward, of Heanor, had been wanted by the police for 18 months before he was eventually caught in June.

Retired German bank director Peter was visiting the house, which belonged to his late mother-in-law, from his homeland when he came across the thief.

He returned to England to receive the award and said he was running on adrenaline on the dramatic day in June.

The septuagenarian added: “We were at dinner so we came back from that at about 1.30pm.

“And when I opened the door, in the middle of the house the burglar was standing with a bag in his hand.

“He was astonished as the door opened.

“He started to spring out with the bag and, when he went to run past us, we stopped him.
Neighbours called police

“I took one of his legs so he fell down, and all three of us got on him and held him down. We called to the neighbours to call the police.

“When I saw this person, I was full of adrenaline and so we took him down on the ground.

Mr and Mrs Gorrafa live in America and were not able to visit Derbyshire for the ceremony but their niece, Helen Slater, and Mr Mueller’s wife, Alison Tyler-Mueller, accepted the awards on their behalf.

Chief Constable Creedon said: “We give these commendations out but we don’t give them out lightly.

“They are often given for the bravery of police officers but we do sometimes give them out to members of the public.

“We get paid to do our job but for this kind of event to happen it means that the public have put themselves at risk.

“This was a remarkable event and came at some risk but without your help we wouldn’t have caught this man.”