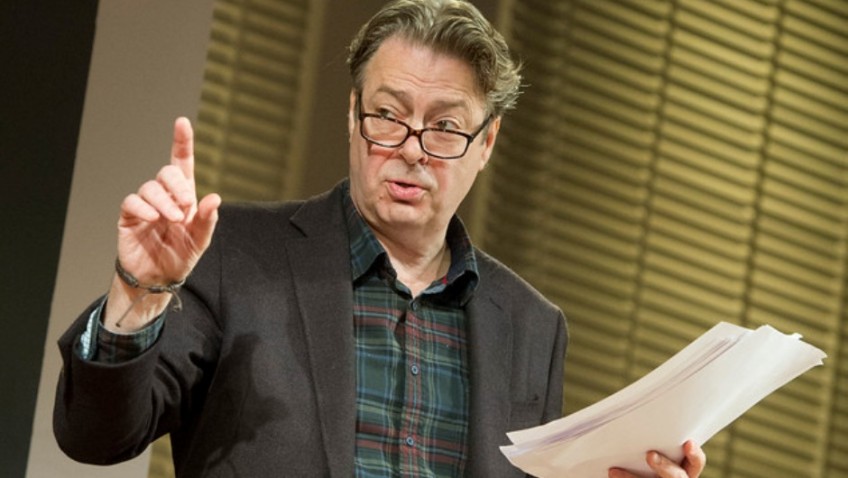 Can writing be taught? Are creative writing courses a waste of time?

American playwright Theresa Rebeck writes about four aspiring twentysomething writers, two girls and two boys, who each pay $5,000 to be humiliated by a once famous novelist who runs weekly seminars on creative writing. He makes his judgements after a ridiculously cursory reading of the texts he is given; sometimes not getting past the first sentence.

The novelist spells out in a long and bitter speech, which feels autobiographical, exactly what sort of career, even a talented and successful writer can look forward to. His main purpose, however, is to deliver barbed put-you-downs in as rude a manner as possible and Roger Allam, who plays him, does just that.

It is amazing the youngsters put up with it. You wait for somebody to hit him. Nobody does; instead the girls  get into bed with him. Bryan Dick has potentially the most interesting role as one of the four students.

Seminar doesn’t go anywhere; and then it goes on after it should have finished. I sat there, pretty bored, wondering what the characters in the play would have said about Rebeck’s play if they had been asked to criticize it.