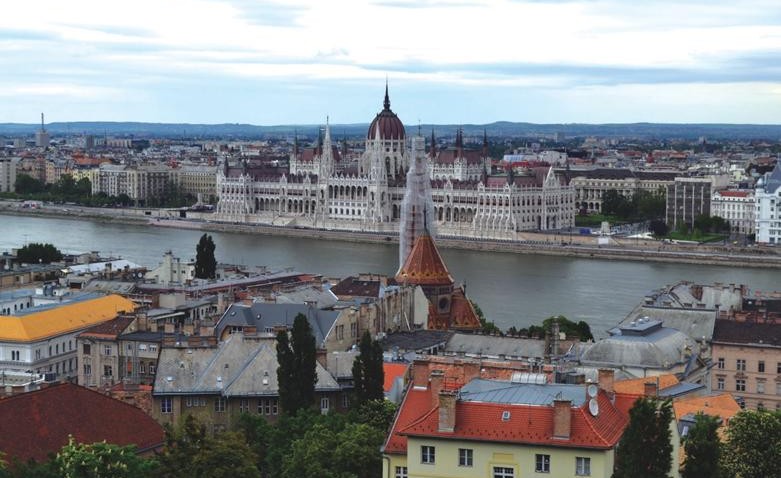 Is Budapest the best value European city destination this year?

Always on the lookout for a bargain, I went check it out. Arriving at night, after an easy two hour flight from London, my first impression was that of an exceptionally clean and welcoming city just waiting to be explored.

It really is a tale of two cities. The wide majestic Danube is straddled by Buda and Pest, both offering a surprising blend of old world charm.

On one side, hilly Buda, with all the grace and grandeur of Venice, the other, the cultural buzz of level Pest, an old Eastern Block city emerging from its difficult past – altogether making one of the largest cities in the European Union.

Budapest’s chequered history has been influenced by Celts, Romans, the Ottoman and Austro-Hungarian Empires. Invaded, occupied and bombed, it offers eclectic architecture from Roman ruins to Art Nouveau palaces.

In order to discover more I took the two day ‘hop on hop off’ bus which included an hour boat trip (all for about £20.00).

Starting at Castle Hill, Buda, the heart of the medieval city, I was offered a breathtaking panorama of the Houses of Parliament in Pest. This impressive neo-gothic Parliament building showpiece on the river bank, modelled on our Palace of Westminster, dominates the city.

Crossing the Danube over the picturesque chain bridge to Pest I alighted the bus to experience a tour of the lavishly designed Hungarian Royal Opera House.

For a thought-provoking excursion, the House of Terror Museum is a fascinating, if emotionally uncomfortable, tour of the old secret-police headquarters. Here is a reminder of Fascist and Communist excesses at their worst, including torture cells.

When I became tired of sightseeing, the charming and elegant coffee houses were a perfect place to relax. Coffee culture apparently appeared in Budapest long before Vienna and Paris.

Wining and dining too is a real pleasure in this City. As for value, the cost of fine dining here is equal to our ‘pub’ prices. The Hungarian wines are high quality, distinctive and exciting. Worth visiting too is the Grand Market Hall where you can find Hungarian paprika and tasty sausage.

Budapest at night is spectacular, the backdrop of the Danube, Castle Hill and the illuminated bridges are a sight which you will really remember.

As the Hungarian poet Attlia Jozef aptly describes it, “The gentle waves embrace past and present and future”.

This vibrant city offers excellent value for money alongside offering a host of memories which are impossible to put a price on.