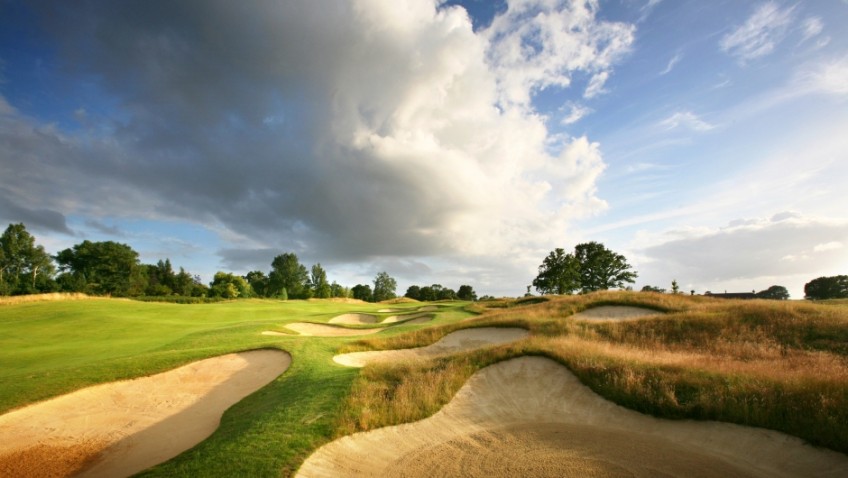 To showcase Kent as one of England’s top golfing destinations that offers outstanding golf courses, a wide range of golfing accommodation and a rich variety of off-course attractions Visit Kent has launched www.golfinkent.co.uk.

The ‘Garden of England’ possesses a rich tradition and history of golf that dates back to over a century ago and boasts over 100 courses, including three Open Championship venues. 5th hole at Royal St George’s from from the tee

Kent’s courses are all conveniently located within easy reach of London and its international airports and effortlessly accessed from Europe via Eurotunnel, Eurostar and the port of Dover.

“The ‘Garden of England’ has a golfing pedigree that goes back over 100 years and boasts a trio of Open Championship venues, traditional links layouts and some notable lowland and parkland courses that make it one of England’s most attractive and diverse golfing destinations,” commented Cheryl Parker, Head of Development, Partnerships & Funding at Visit Kent.

“Moreover Kent is easily accessible from the hub of London and its transport systems, from south east England and of course it is extremely well connected to Europe, with which the county has a huge affinity.

“We are confident that golfers will not only enjoy our courses but the plethora of other attractions of which we are so proud.” Testament to the quality of its courses, Kent has hosted an incredible 17 Opens over the years, the first of which in 1894 at Royal St George’s marked the first time the prestigious major had been held outside Scotland.

Since then The Open has returned to Royal St George’s 13 times whilst Royal Cinque Ports staged the global event in 1909 and 1920 and nearby Prince’s hosted it in 1932. Littlestone and North Foreland, part of the Regal Five on the east coast, have also played their part in Kent’s rich golf history as venues for numerous Open Qualifying tournaments and various notable amateur championships.

Inland Kent boasts two of England’s newest courses that have quickly gained recognition as excellent tracks; Chart Hills, designed by living legend Sir Nick Faldo, with its extensive water hazards and extravagant, varied bunkering, has quickly established itself in various course ranking whilst the London Golf Club’s two courses bear all the hallmarks of their designer, Jack Nicklaus, and provide an exhilarating test of golf.

Some of the world’s top professionals descended on the International Course last October to compete in the 50th anniversary staging of the Volvo World Match Play Championship as it returned to England after several years on the continent.

Kent also offers a host of hidden gems, designed by celebrated designers such as Harry Colt and James Braid, as well as numerous less testing courses set in glorious, undulating countryside that can be enjoyed by golfers of all levels and families looking to play together with the perfect examples of these being the Pentland courses of Austin Lodge, Boughton and Etchinghill and Lullingstone Park near Sevenoaks.

Complementing the golf, the county houses a range of good quality accommodations from boutique hotels to coaching inns that are perfect for travelling golfers whilst also offering a plethora of cultural and historical attractions from cathedrals to castles, gardens to stately homes, beaches to coastal walks.

Traditionally known for Dover Sole and Whitstable Oysters, the ‘Garden of England’ is also fast developing a name for itself as a gastronomic destination to go with its long-standing tradition of producing local ales – Shepherd Neame is England’s oldest brewer – and its growing reputation as a producer of fine wines.

Weekend breaks and longer golf tours from two to six days can easily be booked directly through the new website or tailored to suit individual requirements.

For more information go to www.golfinkent.co.uk.