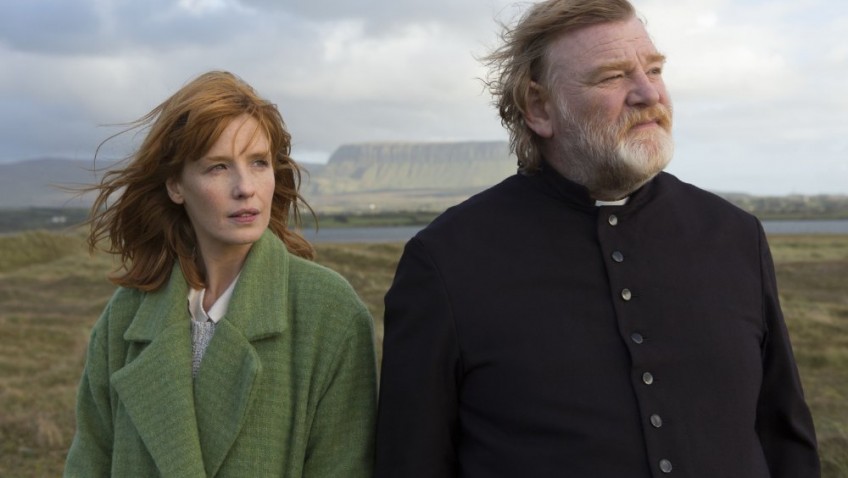 CALVARY (Entertainment One) is a parable about confronting death, which addresses issues about modern Ireland and the Roman Catholic Church. A parishioner in a remote seaside village, who was abused by a cleric when he was a child, confesses to a priest that he is going to kill him on Sunday week precisely because he is innocent man. Writer/director John Michael McDonagh’s dark and caustic script observes the priest in his relationship with the parishioners, lapsed Catholics, all sinners, all over-the-top, and hostile to him. Brendan Gleeson is excellent as the priest, vilified for the sins of others, a worldly, yet patently good man of high moral authority.

THE FOUR HUNDRED BLOWS (Artificial Eye), one of the major films of the nouvelle vague, famed for its long final tracking shot, launched the 27-year-old Francois Truffaut’s career as a director in 1959. Strongly autobiographical and much of it filmed on the streets of Paris it vividly charts the childhood of a 13-year-old, who, neglected and mistreated by parents, teachers and the social services, ends up in a reform school. 13-year-old Jean-Pierre Leaud would go on to play Truffaut’s alter ego in four more films. Memorable comic high spots include a PE teacher blissfully unaware he is losing his pupils on a jog and the scene-stealing Richard Kenayan getting ink all over his copybook.

THE HASTY HEART (Network). A young Scottish soldier (Richard Todd) is in a field hospital in Burma. He is going to die in a couple of weeks but does not know it. Surly, bitter and very proud, he has a mind of his own and does not make friends freely. Ronald Regan and Patricia Neal get top billing but it’s Todd’s film and it made him a instant star in 1949. It is probably the best performance of his career. It would be difficult not to be moved by this adaptation of John Patrick’s play, a real tearjerker, especially when the soldiers in the sick ward give him a birthday present.

THE SOFT SKIN (Artificial Eye). A successful academic (Jean Desailly), on a lecture tour, meets an air hostess (the wonderful, vivacious Francoise Dorleac) and they begin an affair which proves fraught with difficulties. Francois Truffaut’s film, a bit too serious for some audiences, was underestimated on its release in 1964. But fifty years on it is considered one of his best. Totally engrossing it is notable for the acting and filming. Truffaut had just published his definitive interview-book on Alfred Hitchcock; and Hitchcock’s influence can be seen in the expert editing.

THE DOUBLE (StudioCanal). Lots of people are going to be very irritated by Richard Ayoda’s clever take on Dostoyevsky’s novella and its art-house paranoia along the lines of Franz Kafka and George Orwell. Meek office clerk (Jesse Eisenberg), lost and lonely, is so invisible to everybody that he is a bit of a non-person. His Doppelganger is all that he is not; charming and successful; he takes over his job and life completely. The clerk decides to commit suicide. “I like to think I am unique,” he says.

UNDER THE RAINBOW (Artificial Eye). Undemanding, late-night, romantic French comedy is told in saccharine fairy tale terms and is too trivial to be real and affecting. Young woman (Cinderella – Agatha Bonitzer) ditches her nice stuttering composer (Prince Charming – Arthur Dupont) for something older, frisker and smarmier (Big Bad Wolf – Benjamin Bioly). Agnes Jaoui (who directs, writes and acts) plays an out-of-work actress who fancies the composer’s dad who teaches her how to drive a car. Dad is played by Jean-Pierre Bacri, Jaoui’s husband and co-writer.

GANG’S ALL HERE (Network). Jack Buchanan, a popular debonair song-and-dance man on the British stage in the 1920’s and 1930’s, stars as a detective in this tiresome, silly 1939 British comedy thriller about some stolen diamonds. Sadly, he neither sings nor dances. “I suppose all this is dreadfully boring for you,” says the butler who is played by American actor Edward Everett Horton, who knows what he is talking about, having appeared in some of the best Hollywood screwball comedies and musicals.