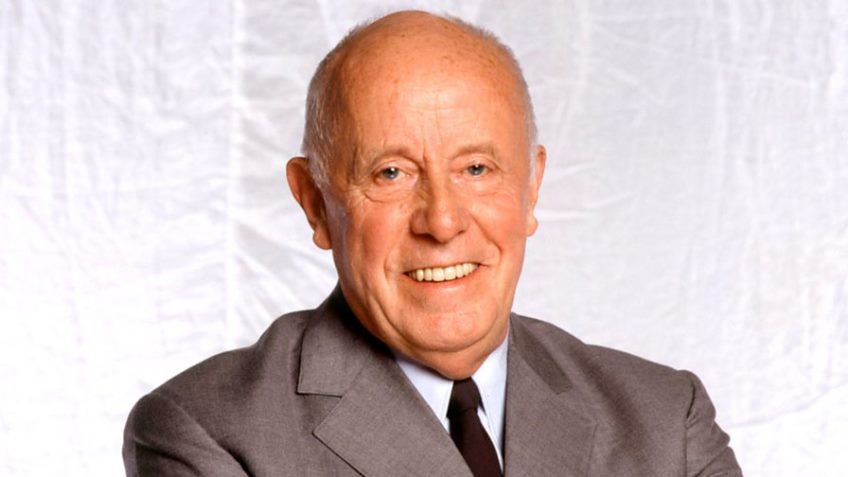 Richard Wilson, actor, director, activist, inactivist, after-tea speaker and gayish, elderly, pink-clad Scot may have spent a good few years with One Foot In the Grave as the curmudgeonly incarnation of Victor Meldrew (and even as himself) but, you’d better believe it, he is not yet dead! And he’s very keen to make that quite clear to one and all!

In this fifth series of his radio show Believe It! Mr Wilson proves just how very much alive he still is, and he does it in splendid, splendid style.

Written by Jon Canter, each week’s episode is a well-rounded tale with a jaunty-paced script that’s fresh, lively, witty, beautifully uplifting and very funny. Wilson’s dry-wit narration is interwoven with a string of vibrantly dramatised scenes, the compelling dialogue moving along through witty repartee, puns and wordplay, satire, sarcasm, veiled social comment and eeyore realisations of the inevitable.

As in previous series, each week’s anecdote is delivered in earnest deadpan as if it were an actual, factual account of what’s going on, and has gone on, in Richard’s life. In fact, his narration and the delicious dialogue of the dramatised scenes create an artful interweave of total fiction – some of which is quite surreal – embroidered with glimmers of truth – some of which are equally surreal. You may not always quite know which is which.

And it’s not just Richard who’s playing an exaggerated spoof version of himself, in which he interlaces fictional quirks with snatches of reality. Some of his best pal actor mates are there, too, batting back the sparkling wit and repartee in the dramatised scenes. And what illustrious mates they are!

When Richard was assistant artistic director in Sheffield, it seemed one could hardly walk round The Crucible without stumbling over his pals Sir Ian McKellan and Sir Anthony Sher. Well, he still hasn’t shaken them off. Here they are on the radio with him. And what a treat! After all, they’re pretty good at this acting lark, and they obviously enjoy making spoofs of themselves as much as he does. Other illustrious mates turn up along the way, too, in the various series – David Tenant, John Sessions, Lewis Macleod, Jane Slavin, Celia Imrie, Arabella Weir, Peter Capaldi. Never have so many big names been namedropped in so short a time.

In episode one of series five, Richard is persuaded to expand his portfolio of work by updating into the modern world and turning himself into a brand. He’s surprised (as indeed we all are) to discover that Sir Ian McKellan already has an entire range of Ian McSmellan men’s fragrances on the shelves at Waitrose, while Sir Anthony Sher, actor and proud painter, now spends his entire existence living as his own brand, boasting not only a vast repertoire of Sunny and Sher wines such as Tony Sheraz, Sherdonnay and Cabinet Shervignon Blanc, but also his own lifestyle channel Sher and Sher Alike.

Engaged to energise, synergise and advise Richard is Danielle. “£200 an hour! You’ve got a nerve!” Mr Wilson exclaims. “Yes, and that’s exactly what you’re paying for,” is her truthful, satirical reply. Once ideas of heather and gorse fragrances for Poundland and Asda have been rejected, Richard settles on launching his range of Richard Wilson Napware, managing along the way to re-brand drinks made with cow and alpaca milk as Cowpacino and …you’ve got it… Alpacino.

As the actors revel in their own pretentious and absurd obsessions we take a breezy romp along the invisible join of the real and the surreal to enjoy top quality comedy at its beautiful best.

Believe It! is broadcast on BBC Radio 4 on Friday at 11.30 am and is then also available on BBC Sounds at any time.