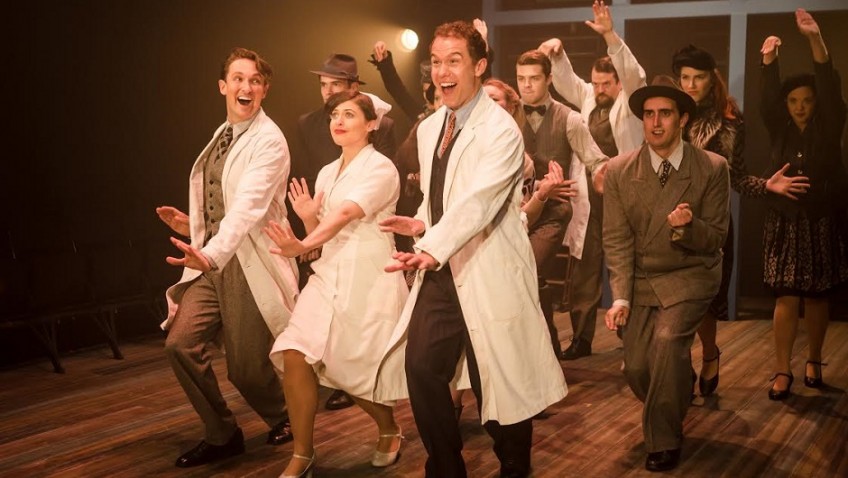 Belated European premiere of a Rodgers and Hammerstein musical

Richard Rodgers and Oscar Hammerstein II’s Allegro premiered in 1947 and got a mixed press. It ran for 315 performances and lost $65,000.

Broadway audiences, who had just seen Rodgers and Hammerstein’s Oklahoma! and Carousel, were very disappointed. It is generally thought that it was way ahead of its time.

Rodgers blamed the director, choreographer Agnes de Mille, saying she did not know how to direct actors; but the choreography was one of the show’s successes.

Allegro has been seen very little in the US and not at all in the UK. So Thom Southerland’s revival, its European premiere, is something of a special occasion.

There are going to be a lot of Broadway musical buffs and Rodgers and Hammerstein aficianados who will want to see it regardless.

Hammerstein’s book is a 20th century morality play exploring the problems of personal integrity in a money-orientated, rat-race society.

The hero (played by Gary Tushaw) is a man of principles, an honest Joe, the sort of man you would find in a Frank Capra movie. So you know he will do the right thing.

The story (its format taking its inspiration from Thornton Wilder’sOur Town) begins with his birth in a small town in 1905. It goes on to cover childhood, college (and girls), marriage (to an ambitious and selfish woman), life in the big city, and ends when he is 35 with his return home.

The music is pleasant. The book is mawkish.  Even Hammerstein thought it was pretentious and too preachy. He wanted to correct its flaws but he never got round to it.

When it comes to staging musicals on the Fringe, Thom Southerland is the master. Fresh from his big success with Titanic, he achieves, as always, amazing things in a tiny space. So does his inventive and witty choreographer Lee Proud and especially so in the Allegro dance number.