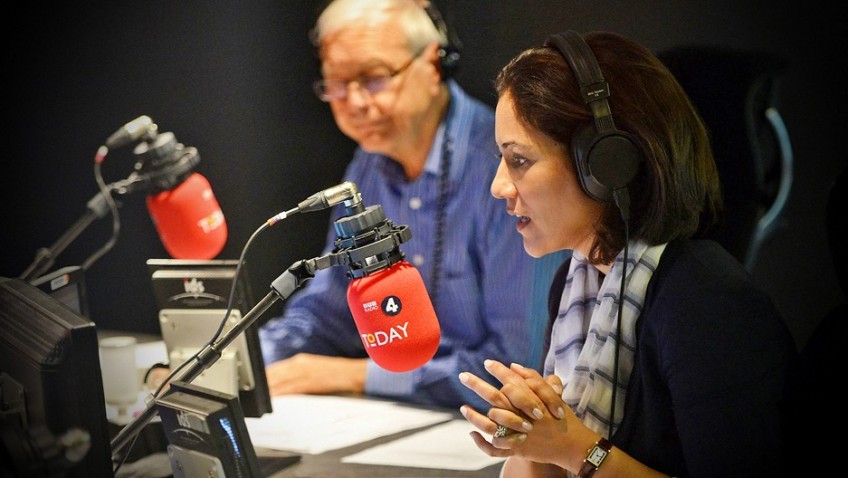 BBC Radio 4’s Today programme to be shown on TV

Today, which airs on weekdays from 6am to 9am and on Saturdays from 7am to 9am, is Radio 4’s most popular show, with more than seven million listeners a week.

Radio 4’s Today programme is to expand into video coverage making use of high definition cameras already set up in the studio.

The move is part of a reinvention of the Today brand designed to deepen the connection between the Radio 4 flagship news show and a younger audience by becoming a multimedia production outfit.

Launched on the BBC’s Home Service on 28 October 1957, Today presenters have included Jack de Manio, who became its principal voice in 1958.

Brian Redhead and John Timpson co-presented it from the mid-1970s until Timpson’s retirement in 1986, when John Humphrys and Sue MacGregor joined the regular team of presenters.

Brian Redhead once said: ‘If you want to drop a word in the ear of the nation, then this is the programme in which to do it.’

Nick Robinson decided to work in radio after listening to Brian, the father of his childhood best friend, on Today.  The team is made up by John Humphrys, Sarah Montague, Mishal Husain and Justin Webb.

Barry Norman, Desmond Lynam, Jenni Murray and Anna Ford have all been among the illustrious names to have presented the programme.

And bosses are keen to make more use of video of the hard-hitting interviews which remain the programme’s hallmark. In a bid to develop its online presence, Today will also release more videos on the internet.

Today, will take over Meet The Author, the 15-minute books programme currently broadcast on the BBC News Channel. The new version will be presented by James Naughtie, the former Today presenter who stepped down in December after 21 years.

Mr. Naughtie went on to become the BBC’s books editor and delivered book reviews on Radio 4 on Saturday mornings – a role he will now occupy both on the radio and on television.

The new Meet The Author will be part of Today on Saturday mornings and will play on the BBC News Channel several times during the weekend. They hope other similar ventures will follow.

Today currently has more than 515,000 fans on Twitter. Current presenter Nick Robinson, who took over in November, is followed by more than 567,000 people.

This is not the first time radio programmes have swopped media platforms with many of the most successful comedies starting out on BBC radio. Room 101 was first aired on BBC Radio 4 in 1992 before it transferred to BBC TV in 2012. Goodness Gracious Me was trialled on radio in 1996 before moving to its intended home on television in 1998 and the Alan Partridge showcase, Knowing Me, Knowing You went from radio in 1992 to TV in 1994. However, not all have made a successful transition and the attempt to show Just a Minute, the long running BBC programme has been made by both ITV and BBC was not well received.

Apart from the comedies Take Your Pick and Double Your Money, quiz formats were adapted from Radio Luxembourg in the early 50s were very popular when they were broadcast on ITV in 1955.

And now, in a volte face, many of the most popular early television sitcoms are being aired on BBC radios 4 and 4 extra to great delight of listeners.

In this new age of multi broadcasting platforms it is good to know that we can enjoy old and new programmes in many different ways.

Are there any radio shows you would like to see on television or would watch online? Or would you prefer just to listen to them?