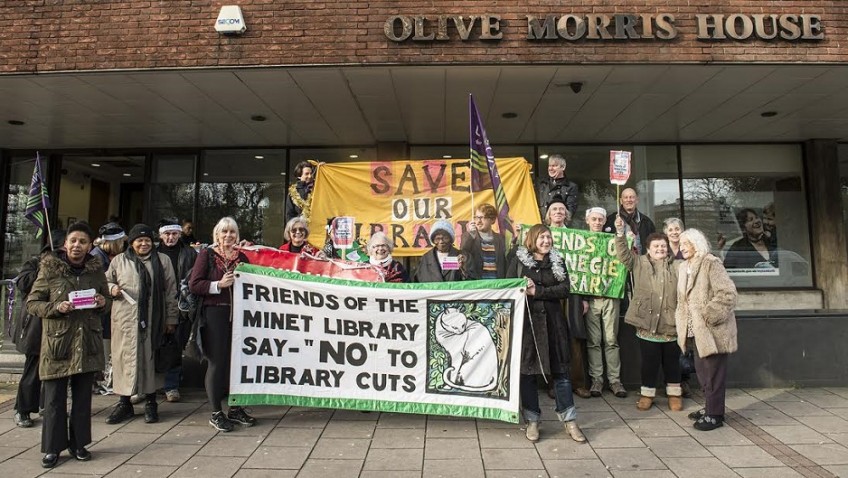 Speak Up for Libraries now!

Older people value their public libraries and use them to the full – where they are still open.

They are also very effective campaigners where libraries are in danger – which is just about everywhere.

Over 100 UK libraries were lost last year, and at least 441 have closed in the past five years. Another 149 are currently under threat.

Now there’s a new chance to get involved. On Tuesday February 9, campaigners from all over the country are descending on Parliament.

They will lobby their MPs to recognise how important local libraries are. The message is also aimed at central government, which has done nothing to use its legal powers to protect libraries, and local authorities, which often fail to see how vital libraries are to their residents.

The event also includes a morning rally at Central Hall, opposite Westminster Abbey, with videos and a line-up of speakers, singers and popular writers.

It’s organised by Speak Up For Libraries, a coalition that unites all the different groups that care about what’s happening to our precious library network: Campaign for the Book (led by author Alan Gibbons), CILIP (the librarians’ professional association), The Library Campaign (the charity supporting library users and campaigners), UNISON (the trade union) and Voices for the Library (a campaigning website run by librarians).

‘Ordinary people have no trouble explaining how much they need libraries – and what a bargain they are. The problem is that decision-makers don’t listen,’ says Laura Swaffield, chair of The Library Campaign.

‘Libraries are vital services that deliver huge value to local communities every day. Cutting them is not only a false economy, its erasing people’s right to quality library services,’ says Nick Poole, chief executive of CILIP.
Come along if you can! The Library Campaign can subsidise fares if travel costs are a barrier.

If you can’t make the journey, you can still be part of the event. Contact your MP directly, and in addition ask for a local meeting.