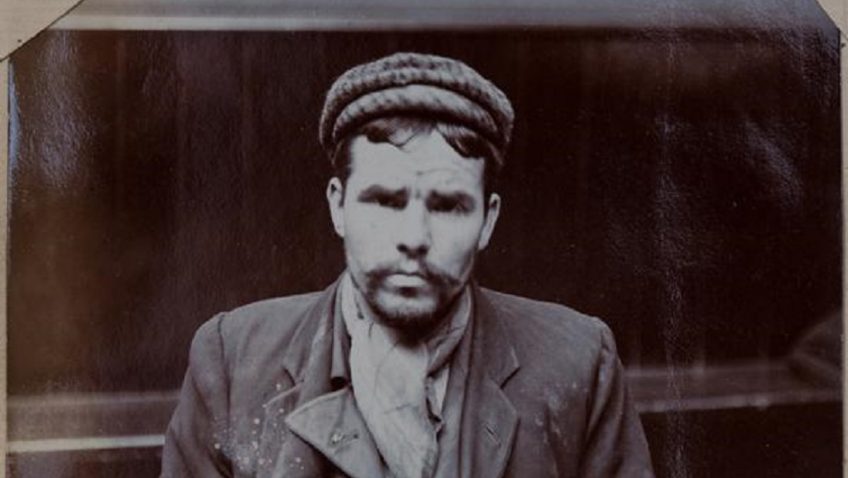 These are the criminal faces of the underworld in one of Britain’s most genteel cities – from 100 years ago.

The Victorian rogues’ gallery includes one fraudster bizarrely dressed as a knight and scores of other villains from all walks of life.

They range from people charged with manslaughter to one man sentenced to hard labour for stealing a duck.

The rank of shames includes a dental surgeon accused of obtaining a railway ticket by false pretences and a schoolmistress who was ‘drunk and incapable’.

Others are a comedian charged with ‘uttering a forged cheque’ and an umbrella maker accused of embezzlement.

They all turned to crime in Bath, Somerset where the well-heeled residents offered rich pickings, particularly for conmen and thieves.

The gallery covers criminals who were locked up in the city between 1892 and 1922.

It was compiled by local police to help them identify known and repeat offenders with the mugshots accompanied by details of the offenders’ age and physical appearance.

One crook, Oliver Lowe, was arrested in 1911 for a series of thefts.

He is described as of “medium build, dark brown hair and moustache, successively convicted of stealing ducks & fowl; a pair of boots; an overcoat; a fowl (again); and finally an umbrella.”

For each of these crimes he was sentenced to several months hard labour in prison.

In 1894 Frank Albert Smith was charged with embezzlement and his photograph, oddly, shows him dressed as a knight in armour.

Many offenders appear smartly dressed – and many were convicted of ‘false pretences’.

In 1908 schoolmistress 40-year-old Pamela Daniels was arrested for being “drunk and incapable”.

The more unusual entries include Reuben Davis, 55, a dental surgeon, accused of obtaining a railway ticket by false pretences in 1905.

In 1904 Francis William Bricknell, 38, obtained £2 ‘by trick’ and in 1909 poulterer Charles Shroll, 29, was convicted of using obscene language.

The mugshots – with criminals as young as 17 – have been released so people interested in their family history can find their own black sheep in their past.

“They would far rather find a ‘black sheep’ than aristocracy or royalty.

“We hope this new online resource on our website will be a big hit with anyone looking at family or social history in Bath.”

People wishing to search the archives and see photographs from the Prisoners Portraits on the Bath Ancestors database via the website www.batharchives.co.uk